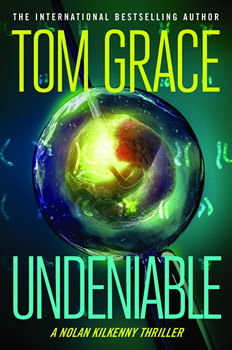 Ex-Navy SEAL Nolan Kilkenny receives a desperate plea for help from doctors frantic to save the life of a young boy with a deadly genetic disorder. The boy, who came to his parents through a blind adoption, has no known blood relatives. Nolan agrees to help, but as he is being prepped for surgery, the boy dies. Further genetic testing then reveals an astonishing truth: Nolan and the boy share the same biological father.  Nolan must confront his own father to find out the truth behind the discovery, and uncovers a heinous blackmail plot and desperate victims and villains.

UNDENIABLE, the sixth Nolan Kilkenny thriller from international bestselling author Tom Grace, takes Nolan into the brave new world of reproductive technology, where the building blocks of life are manipulated in a Petri dish, women lease their wombs like rental properties, and money trumps morality.  In an age of rapid advances in human genetics, cloning and stem cell research, what seemed impossible just a few years ago is now a reality. DNA has been reduced from a miraculous molecule into a data storage device, and the information it contains is as easy to hack as any computer file. UNDENIABLE is a novel that steps beyond the traditional parent-child relationship into a chilling new reproductive reality.

In the three decades since DNA evidence was first used in a court of law, it has become the linchpin in deciding criminal cases and the basis of many television forensic dramas and thrilling novels. DNA is used in determining paternity more reliably than a blood test, finding hereditary illnesses and researching family history. But what if we could no longer trust DNA? I hope readers will understand that DNA is just data and it is the next frontier of hacking.

UNDENIABLE twists a science everyone has learned to trust as an impartial and infallible tool of truth into means of committing a crime for which there is no defense.

DNA cannot be used to convict a specific individual alone. The results of a comparative DNA test is that an individual is either included or excluded from the group of people who could have left the suspect sample. Depending on the laws of jurisdiction, the same DNA test that excludes a person in one place may include that person on another.

It’s a story about family–some you are born with, some you choose, and, now, some who are brought into this world for very nefarious purposes.

Homer, who introduced me to the heroic journey in The Odyssey.

JRR Tolkien, who introduced me to world building on an epic scale.

Clive Cussler, whose many novels I shared with my father and brothers, and where I started to learn the craft of thriller writing.

John Connolly, who writes like an Irish poet and weaves detective stories into supernatural thrillers.

Dutch Leonard and Loren Estleman are my Michigan favorites: immensely talented writers in multiple genres with a gift for language and dialog that make other writers jealous. 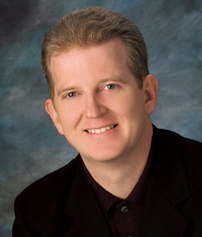 Tom Grace is the internationally bestselling author of UNDENIABLE, The Liberty Intrigue, The Secret Cardinal, Fatal Orbit, Dark Ice, Quantum and Spyder Web. His books have been translated into eight languages and sold in over twenty-five countries. They have collectively appeared for one hundred weeks on USA Today and Associated Press bestseller lists, primarily in the top ten.

In addition to fascinating characters, intricately woven plots and breakneck pacing, Tom Grace novels are infused with technology on the cutting edge or just over the horizon. His fascination with science and technology is drawn from his real world experience designing state-of-the-art research facilities. In the early 1990s, Tom designed the world’s first human applications laboratory for genetic therapy.

Tom was born and raised in Michigan, where he resides with his family. He divides his professional life between writing and a private practice in architecture. Tom is also a member of the International Thriller Writers.