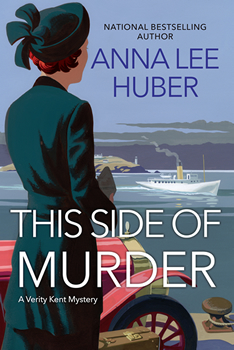 England, 1919. Verity Kent’s grief over the loss of her husband pierces anew when she receives a cryptic letter, suggesting her beloved Sidney may have committed treason before his untimely death. Determined to dull her pain with revelry, Verity’s first impulse is to dismiss the derogatory claim. But the mystery sender knows too much—including the fact that during the war, Verity worked for the Secret Service, something not even Sidney knew.

Lured to Umbersea Island to attend the engagement party of one of Sidney’s fellow officers, Verity mingles among the men her husband once fought beside, and discovers dark secrets—along with a murder clearly meant to conceal them. Relying on little more than a coded letter, the help of a dashing stranger, and her own sharp instincts, Verity is forced down a path she never imagined—and comes face to face with the shattering possibility that her husband may not have been the man she thought he was. It’s a truth that could set her free—or draw her ever deeper into his deception…

Award-winning author  Anna Lee Huber recently discussed her latest thriller, THIS SIDE OF MURDER, with The Big Thrill:

I hope they find it to be a thrilling read that is difficult to put down. The period following the Great War (World War I) is fascinating, filled with all kinds of interesting developments–both socially and psychologically. Not to mention the impact that war had on the entire population of Britain. I hope readers enjoy learning about this time, and also are inspired by the resiliency of the characters.

It is a look at the lives of those who experienced and survived the Great War, and it takes the reader on a whirlwind chase to catch a traitor and murderer.

I learned so many interesting tidbits about the Great War and post-war life, not to mention the workings of the early British Secret Service (now MI6). Codes and ciphers play an important part in the book, and I delved into discovering the different types used at that period, as well as other ways information was secreted across enemy lines. One member of a spy ring was a midwife, who could cross the lines with few questions, and she wrapped papers around the bones of her corset to sneak them across. Some members of the Secret Service used semen as an invisible ink because it couldn’t be detected by the usual methods.

Verity discovers a treasonous plot so devious it’s shocking. And she must finally confront her feelings about the news of her husband’s death–emotions she’s been dodging and drowning in gin for fifteen months–and figure out how to move forward.

So many. Nancy Drew was my first taste of mystery/suspense. Authors like Deanna Raybourn and Diana Gabaldon stoked my interest in historical-set novels filled with intrigue. And books by Susanna Kearsley inspired me to delve deep into the human condition. 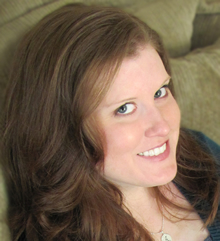