The Fine Art of Terrifying 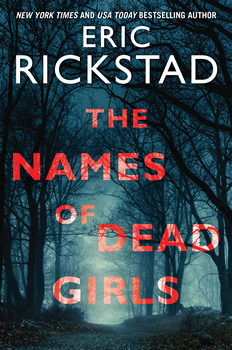 Eric Rickstad was just 14 years old when a terrifying encounter stripped the veil of his innocence and forever imprinted in his mind the notion that bad things can happen—anywhere. Even in the majestic woodland playground of northeast Vermont, where he and his cousin often fished, hunted, and camped.

It was during one of these adventures that the two boys were confronted by a pair of grizzled, unshaven men armed with shotguns. An avid reader of books by Roald Dahl and Edgar Alan Poe, Rickstad didn’t need much help in imagining what might happen if they didn’t do exactly what these men wanted. And that was for them to get the hell off their property.

“We were miles from nowhere, and I realized that these men could make us disappear,” Rickstad says. “They could do anything they wanted to us, and no one would know. It was my first abrupt encounter with violence, and it had a tremendous impact.”

Not only did this harrowing event inspire the themes that would later translate into Rickstad’s writing, he learned a great deal about the fine art of storytelling.

“Sharing the experience over and over taught me what parts to edit out,” he says. “I learned how to tell the story more succinctly, and when not to drown in back story. I learned that there were certain beats to storytelling, and how to use them for pacing. It helped to bolster and hone my writing skills.”

A tough lesson perhaps, but effective if Rickstad’s enormous success is any indication. The New York Times and USA Today bestselling author has just released THE NAMES OF DEAD GIRLS, the follow-up to last year’s blistering novel of suspense, The Silent Girls—a follow-up that, by his own admission, wasn’t planned.

Rickstad is an unabashed pantser, the twists and turns for which his novels are known coming as much as a surprise to him as they do for his readers. What won’t shock his fans, though, is the seemingly effortless way Rickstad builds spine-chilling suspense through gorgeous prose that is succinct, deliberate, and evocative.

Freedom, Rickstad writes on the opening page of THE NAMES OF DEAD GIRLS. The taste bright and metallic, like a drop of virgin’s blood on the tip of the tongue.

Chilling out of context, but truly terrifying when the reader understands that this freedom is that of a serial killer released from prison early—and now hunting the daughter of two of his victims, college student Rachel Rath. 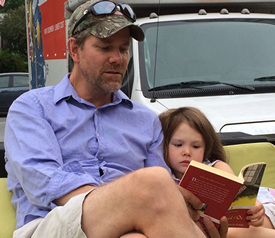 Rachel’s uncle, Detective Frank Rath, is desperate to protect his niece from the terrible truths of the night her parents were murdered, but as local girls begin to go missing, and the killer starts taunting Rachel, the past quickly transforms into a nightmarish present. Filled with “secrets, cruel desires, and warped deadly loyalty,” THE NAMES OF DEAD GIRLS is a dark and disturbing book that will draw you in from the first page—even if you haven’t read The Silent Girls.

Rickstad treats each novel as a stand-alone, the primary focus on the current story, while still deeply rooted in the atmospheric setting of northern Vermont. The geography takes on a character in itself, guiding readers through an idyllic landscape that is a beautiful road one minute, and a terrifying path of danger the next.

“There’s something about the woods historically that has always played into fiction and lore,” he says. “They can seem so majestic and peaceful, and then within seconds, turn very intimidating. The temperature drops, fog rolls in, night begins to fall…and suddenly, in the woods isn’t such a great place to be anymore.”

A young Rickstad certainly learned that the hard way. But to some extent, he hasn’t quite fully navigated out of that darkness. As he immerses himself in the writing of each book, he is drawn back to that place of terror—and it can be somewhat exhausting.

“There are certain parts of this book, scenes of violence where you know the characters have had enough of this shit,” he says. “That was me by the end. I’d had enough. It was too intense. Too much.”

Which is perhaps one of the reasons Rickstad is shifting gears a little for his next project, What Remains of Her, a standalone thriller due out in July. Another solo manuscript is in the works after that, but once complete, Rickstad says he’ll return to Canaan, Vermont for a follow-up to THE NAMES OF DEAD GIRLS.

“It doesn’t take long before I want to know what happens next.”

In that, he’s far from alone.

The October 2017 Edition of The Big Thrill