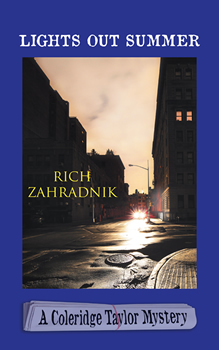 In March 1977, ballistics link murders going back six months to the same Charter Arms Bulldog .44. A serial killer, Son of Sam, is on the loose. But Coleridge Taylor can’t compete with the armies of reporters fighting New York’s tabloid war—only rewrite what they get. Constantly on the lookout for victims who need their stories told, he uncovers other killings being ignored because of the media circus. He goes after one, the story of a young black woman gunned down in her apartment building the same night Son of Sam struck elsewhere in Queens.

The problem of fake news versus fact is not a recent one. It all goes out the window–all went out the window–when the press chases a sensational story. So does the commitment to peruse every victim’s case equally. The single monster, the Son of Sam, becomes everyone’s obsession.

My memory was that Son of Sam’s reign of terror–which was 40 years ago this year–went on for a full year. In reality, the NYPD didn’t realize they had a serial killer operating until the March shootings, seven months after the first murder in July. The terror the public endured lasted from March until August 10. Also, in writing this series set in 1970s NYC, I first believed New York hit bottom in 1975, when it avoided bankruptcy by the thinnest of margins. After writing about 1977 in the new novel, I realized the city had a ways further down to go.

The real NY newspaper headlines from the Son of Sam killings appear on separate pages in their original form interspersed through the book when the crimes occur during the story’s timeline, as a way to keep what was going on with the .44 caliber killer in the story as Taylor pursues his case.

Michael Connelly is a huge virtual mentor (as in he has no idea). We were both journalists, to start. I love the way he writes. No stylistic fireworks, but he takes you into places and emotions and has you turning the pages at threat of multiple paper cuts with language that seems simple and straight. 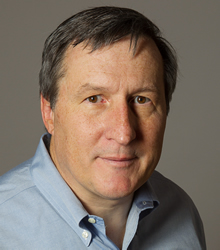 The first three books have been shortlisted or won awards in the three major competitions for novels from independent presses. A Black Sail was named winner in the mystery category of the 2017 Next Generation Indie Book Awards. Drop Dead Punk collected the gold medal for mystery ebook in the 2016 Independent Publisher Book Awards. Last Words won the bronze medal for mystery/thriller ebook in the 2015 IPPYs and honorable mention for mystery in the 2015 Foreword Reviews Book of the Year Awards.

“Taylor, who lives for the big story, makes an appealingly single-minded hero,” Publishers Weekly wrote of Drop Dead Punk. A Black Sail received a starred review from Library Journal, which said, “Fans of the late Barbara D’Amato and Bruce DeSilva will relish this gritty and powerful crime novel.”

Zahradnik was a journalist for 30-plus years, working as a reporter and editor in all major news media, including online, newspaper, broadcast, magazine and wire services. He held editorial positions at CNN, Bloomberg News, Fox Business Network, AOL and The Hollywood Reporter.

Zahradnik was born in Poughkeepsie, New York, in 1960 and received his B.A. in journalism and political science from George Washington University. He lives with his wife Sheri and son Patrick in Pelham, New York, where he writes fiction and teaches kids around the New York area how to write news stories and publish newspapers.