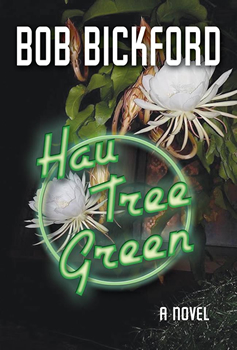 Sometimes secrets are too big to live with. Sometimes dying is a relief.

Beatrice Stone came to the West Coast young and delectable, with high hopes and big plans for a long career on the silver screen. It hasn’t worked out. She has a secret… She loves someone she isn’t allowed to. It’s a love that’s forbidden, and it ruins her. Pretty dreams don’t always come true, and she descends into the streets, living for the next bottle of gin. A prostitute and a thief, she gets by any way she can. She steals something without knowing how valuable it is, and the people she stole it from want it back badly enough to kill her.

The last man Beatrice Stone ever propositions is private eye Nate Crowe. He turns her down, but something about her touches him. He gives her five bucks and watches her walk away, not knowing that she’s going to haunt him, or that he’s going to haunt her murderers.

I hope they have fun, mostly. I also hope they discover the past isn’t really past at all. This is 1947 in color.

The 1930s private eye has been updated countless times. It’s been a progression from Dashiell Hammett to Raymond Chandler, then through Ross Macdonald and John D. Macdonald in the ’50s and ’60s, Robert B. Parker and Robert Crais, Dennis Lehane and indirectly Lee Child. I decided to take the bull by the horns and tackle the 1940s beginnings again, but with a contemporary feel.

Absolutely, I’ve been influenced by Raymond Chandler. He introduced us to the detective as an introspective, thoughtful hero. I also love Stephen King, who loves stories, writes for readers and not to hear his own voice. 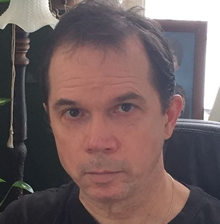 When he was little, Bob Bickford haunted the library. It was his favorite place. He hunted for good stories, got lost in pages, and daydreamed about becoming a writer. When he got older, real life got in the way and paychecks became more urgent than classes or degrees. The dream was filed under ‘impossible things’ and nearly forgotten. After years spent in various corners of the United States and Canada, he dusted off his imagination and became a writer-by-night. He hunts for good stories once again, and he still haunts the library.