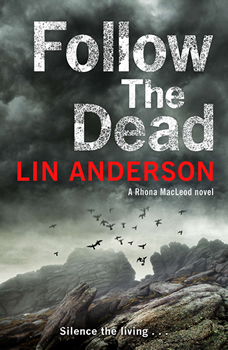 On holiday in the Scottish Highlands, forensic scientist Dr Rhona MacLeod joins a mountain rescue team on Cairngorm summit, where a mysterious plane has crash-landed on the frozen Loch A’an. Added to that, a nearby climbing expedition has left three young people dead, with a fourth still missing.

Meanwhile, in Glasgow, DS McNab’s raid on the Delta Club produces far more than just a massive haul of cocaine. Questioning one of the underage girls found partying with the city’s elite reveals she was smuggled into Scotland via Norway, and it seems the crashed plane in the Cairngorms may be linked to the club. But before McNab can discover more, the girl is abducted.

Joined by Norwegian detective Alvis Olsen, who harbors disturbing theories about how the two cases are connected with his homeland, Rhona searches for the missing link. What she uncovers is a dark underworld populated by ruthless people willing to do anything to ensure the investigation dies in the frozen wasteland of the Cairngorms…

Norway and Scotland are only 160 miles apart at their closest point. The weather in Stavanger is the same as Aberdeen. With common bonds and often language, I wanted to explore how a joint investigation might play out in the turbulent world of Europe faced with a refugee crisis particularly among unaccompanied children. In addition I defy anyone to experience Cairngorm in the novel and not wish to visit the Scottish Highlands.

We’re in the entertainment business, as Ian Rankin says. FOLLOW THE DEAD is an exciting read, anchored to a real human story, with characters that readers want to be with. It challenges misconceptions and reveals truths, sometimes uncomfortable ones.

The book was inspired by a talk I was asked to give on Nordic and Tartan Noir at the Edinburgh Film Festival. My research for this revealed both the similarities and unique differences between the two ways of telling such a story. I loved researching how in reality a combination of characters from Norway and Scotland would act together. Added to that, I had no idea when I began just how different death is at -15 degrees or just what it’s like to be on an boat in the middle of a storm in the North Sea!

Like the Scandi thriller The Bridge, but minus a bridge… FOLLOW THE DEAD plays out in the wildness of the North Sea, and on Cairngorm summit, Scotland’s Arctic.

The biggest influence was William McIllvanney’s Laidlaw. McIllvanney is seen as the Godfather of Tartan Noir.

Robert Louis Stevenson’s Jekyll and Hyde which perfectly illustrates the darkness and the light in us all.

Patricia Cornwall’s first novel Postmortem blew me away with its strong female lead. Sara Paretsky for the same reason and of course, Val McDermid with The Mermaids Singing. 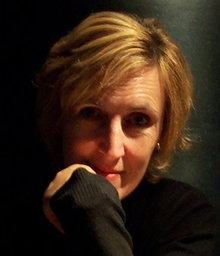 Lin Anderson has published eleven novels featuring forensic expert Dr. Rhona MacLeod, with FOLLOW THE DEAD launched in August at Edinburgh International Book Festival. Her script inspired by her short story ‘Dead Close’ is currently in development as a feature film. Her short film River Child won a student BAFTA and the Celtic Film Festival best fiction award. Lin is co-founder of the crime writing festival Bloody Scotland. She is currently working on a rock musical, Voice of a Generation with John Sinclair, former keyboard player with Ozzy Osborne.

To learn more about Lin, please visit her website.