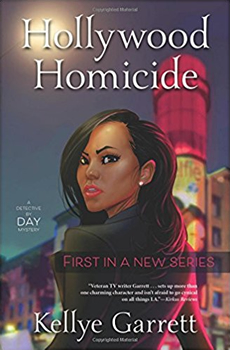 I met Kellye in the bar at Thrillerfest after our mutual Midnight Ink editor had told me about her series in the bar at Bouchercon. I’m happy to see another Inker delivering first-person, wise-cracking, city-based mysteries and am looking forward to seeing her in the bar at future conferences.

Could you share a little of the story of HOLLYWOOD HOMICIDE?

I didn’t try to solve the one I saw though.

How long was the time from putting the first words on paper to having the book published?

It feels like forever. I have drafts dating back to 2012. Once I actually forced myself to sit my butt down and write it, it took about a year. I got my agent, Michelle Richter of Fuse Literary, at the end of 2014. We sold the book early 2016 and it finally came out this August. Publishing is not for people who need instant gratification.

Yep and the Y was always there too! (Not because I wanted her nickname to be Day either, I am just pro-unnecessary vowels in names for obvious reasons.) The original title was DOA because I wanted an acronym theme for my series titles. If you read it, you’ll notice there’s also a strong acronym theme throughout the book as well. Me being me, I went theme overboard and gave all my main characters initials that were also acronyms. Day’s love interest is OMG and her over-the-top bestie is SMH.  I wanted my main character’s initials to be DOA so I named her Dayna Olivia Anderson.

Was HOLLYWOOD HOMICIDE your first novel or are there others that were written but drawered?

Yes. Before everyone rolls their eyes and secretly begins to hate me, I’ve been writing professionally for over 15 years. I started my career as a magazine editor before heading to film school at USC to get my MFA in screenwriting. I also wrote for the television show Cold Case. So even though this is technically my first book, I’ve written lots of screenplays and TV specs that are collecting figurative dust on my laptop’s hard drive. 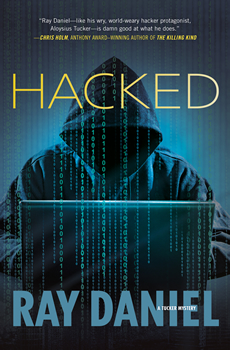 What is the biggest difference between writing for television and writing a novel?

In television, you have what they call a Writers Room, where the entire writing staff of about 10 or so super talented people sit in a conference room all day and work together to figure out every plot beat for every episode. Once an episode’s plot is figured out, one person will go off to write it while the others move on to the next ep. As any author can tell you, writing a novel is anything but a group effort. It’s basically you sitting alone in a room banging your head against the wall, or spending hours doing “research” on cat memes instead of writing.

What put HOLLYWOOD HOMICIDE over the top and got it published?

I’m going to give full credit to my agent Michelle for this one. Although the foreclosure issue was always in the early drafts, it wasn’t the main reason Day got involved in the investigation. She did it solely because she was broke. Michelle was the one who realized that we needed a stronger reason for her to basically risk her life to solve a murder; she suggested we make Dayna’s parents and the loss of their home more prevalent. I was happy to do it because it really adds to the story and makes Day more relatable.

Tell us about Pitch Wars.

Pitch Wars is an online writing contest started by YA author Brenda Drake that pairs a more established writing mentor with an unagented writing mentee. We spend two months revising the mentee’s manuscript for an Agent round.

I was lucky enough to be chosen as a mentee in 2014 for HOLLYWOOD HOMICIDE and have mentored since 2015. Since starting in 2012, Pitch Wars has had more than 250 success stories, including my 2015 mentee Kristen Lepionka. Her Pitch Wars mystery novel, The Last Place You Look, came out in June with St. Martins/Minotaur.

My 2017 mentee is an amazingly talented writer named Mia P. Manansala, who has a #ownvoices queer Asian-American amateur detective series that takes place at a comic convention. I can’t tell you how freaking excited I am for the Pitch Wars agents to read her work in November. We need more books like Mia’s in the mystery world. 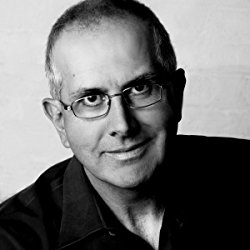 Ray Daniel is an award-winning author of Boston-based crime fiction and is the author of the Tucker Mysteries.

His short story “Give Me a Dollar” won a 2014 Derringer Award for short fiction and “Driving Miss Rachel” was chosen as a 2013 distinguished short story by Otto Penzler, editor of The Best American Mystery Stories 2013.

HACKED is the fourth novel in the Tucker Mysteries.

Kellye Garrett spent 8 years working in Hollywood, including a stint writing for the CBS drama Cold Case. People were always surprised to learn what she did for a living—probably because she seemed way too happy to be brainstorming ways to murder people. A former magazine editor, Kellye holds a B.S. in magazine writing from Florida A&M and an MFA in screenwriting from USC’s famed film school. Having moved back to her native New Jersey, she spends her mornings commuting to Manhattan for her job at a leading media company—while still happily brainstorming ways to commit murder. Her first novel, HOLLYWOOD HOMICIDE was a Library Journal Debut of the Month and was described as a “winning first novel and series launch” in a starred review by Publishers Weekly.

To learn more about Kellye, please visit her website.

The October 2017 Edition of The Big Thrill