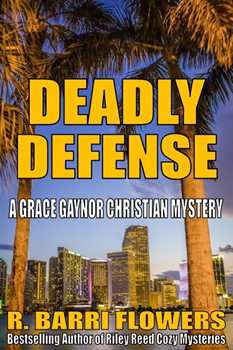 Three years ago, Miami defense attorney Grace Gaynor was the victim of a violent sexual assault in which she killed her attacker. She has been undergoing therapy to deal with the trauma.

When her therapist Doctor Austin Winchester, whom she had begun to develop feelings for, is arrested and charged with the violent murder of her friend Kara Pedrosa, Grace reluctantly takes on his case for her law firm of Kendall, Francois, and Larosa.

She goes up against brilliant Miami-Dade prosecutor Perry MacAlister, a former colleague whom she still considers a friend. He’s as tough as they come and believes he has a slam dunk case against Dr. Winchester.

In order to prove otherwise, Grace must call upon all of her skills, faith, and gut instincts to win an acquittal in the face of uncertainties and mixed loyalties.

The intriguing storyline and unexpected outcome will keep readers engrossed from beginning to end.

Prolific author R. Barri Flowers took time out of his busy schedule to discuss his latest novel with The Big Thrill, DEADLY DEFENSE:

I hope readers will take away from book the fact that not all things are as they seem and at the same time, things are not necessarily contrary to how they appear.

This crime novel should keep readers guessing and contemplating the dynamics put forth.

DEADLY DEFENSE is as much a psychological suspense novel as it is a legal thriller and Christian mystery. As such, it successfully crosses genres while staying true to each genre presented.

I hope that fans of Christian fiction, legal thrillers, and psychological fiction, as well as procedurals and crime fiction in general, will give it a read.

I surprised myself with being able to weave in and out of various genres and subplots effectively, while staying focused on the main themes of story line. I believe that readers will stay engaged in the twists and turns presented till the very end.

DEADLY DEFENSE will challenge readers in the psychological, legal, and faith-based angles explored in the plot as the protagonist deals with personal victimization and divided loyalties as she takes on a murder case.

I have been influenced by numerous authors and books for what they bring to the table in terms of literature and success — including John Steinbeck and The Grapes of Wrath, Daphne du Maurier and Rebecca, Dashiell Hammett and The Maltese Falcon, Thomas Hardy and Far from the Madding Crowd, Harper Lee and To Kill a Mockingbird, and so many more. 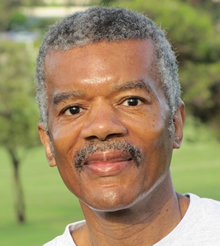 The author has also written a number of top selling true crime titles, including Murder During the Chicago World’s Fair, Murder of the Doctor’s Wife, Murder at the Pencil Factory, and Dead at the Saddleworth Moor.

As a sought-after expert on true crime and criminality, R. Barri Flowers has appeared on the Biography Channel, Investigation Discovery, and Oxygen television series.