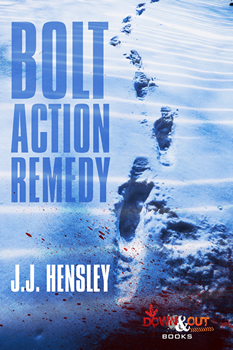 Former Pittsburgh narcotics detective Trevor Galloway has been hired to look into the year-old homicide of a prominent businessman who was gunned down on his estate in Central Pennsylvania. When Galloway arrives, he determines the murder could have only been committed by someone extremely skilled in two areas: skiing and shooting. He believes the assailant should not be too difficult to identify, given the great amount of skill and athleticism needed to pull off the attack. When he discovers the victim’s property is next door to a biathlon training camp, the situation becomes significantly more complicated.

Galloway makes plenty of enemies as he sifts through stories about lucrative land deals, possible drug connections, and uncovers evidence suggesting the homicide may have been an elaborate suicide. As he attempts to navigate through an unfamiliar rural landscape, he does his best not to succumb to an old drug addiction, or become confused by one of his occasional hallucinations. Oh, and a Pittsburgh drug gang enforcer known as The Lithuanian—if he’s even real—is tracking Galloway and wants to take his eyes. Galloway would rather keep those.

In BOLT ACTION REMEDY, the typically quiet streets of Washaway Township, Pennsylvania become the epicenter of a mystery involving elite athletes and old grudges. For Galloway, the problems keep piling up and somebody out there believes problems should be dealt with by employing the most permanent of remedies.

BOLT ACTION REMEDY author, J. J. Hensley, took time out of his busy schedule to discuss his latest book with The Big Thrill:

The story is original and unlike anything else out on the market. While the story revolves around the sport of biathlon, it’s not the main focus of the book and any crime fiction fan will enjoy the ride.

The reader has to question what is real verses what is imagined because the main character is having to do the same thing.

I had to conduct quite a bit of research regarding the sport of biathlon. I went as far as using an Olympic biathlete as one of my beta readers. I knew going in that I would like what I found, but I became amazed at the intricacy of the sport and the determination of the athletes.

The main character, Trevor Galloway, comes across as stoic. But one should be wary of lighting his fuse.

Two big influences on me have been James Grady (Six Days of the Condor) and John Verdon (Think of a Number). Grady is so efficient with his words and the dialogue is always meaningful. Verdon is one of the most creative authors out there. With his books, it is as much of a challenge to figure out how a killing occurred as it is to figure out who actually committed the murder. 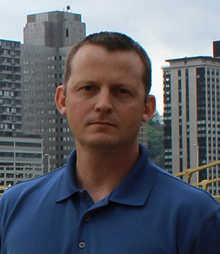 J.J. Hensley is a former police officer and former Special Agent with the U.S. Secret Service. He is the author of the novels Resolve, Measure Twice, and Chalk’s Outline. J.J. graduated from Penn State University with a B.S. in Administration of Justice and has a M.S. degree in Criminal Justice Administration from Columbia Southern University.

Mr. Hensley’s first novel Resolve was named one of the Best Books of 2013 by Suspense Magazine and was a Thriller Award finalist.