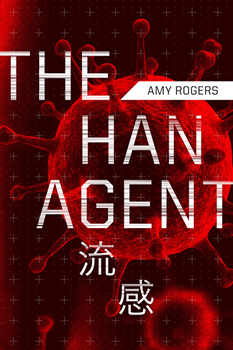 In the 1930s, Japanese scientists committed heinous crimes in their quest for the ultimate biological weapon.

The war ended. Their mission did not.

Eighty years later, Japanese-American scientist Amika Nakamura won’t let rules stand between her and scientific glory. When the ambitious young virologist defies a ban on the genetic manipulation of influenza, she’s expelled from the university. Desperate to save her career, she accepts a position with a pharmaceutical company in Tokyo. Soon after, a visit to a disputed island entangles her in a high-profile geopolitical struggle between Japan and China. Applying her singular expertise with bird flu in a risky experiment may be the only way out. Little does she know that Japanese ultranationalists and a legacy of unpunished war crimes lurk in the shadows, manipulating people, politics, and science.

But DNA doesn’t lie. Amika uncovers a shocking truth: a deadly virus is about to put the “gene” in genocide.

Author of THE HAN AGENT, Amy Rogers, spent some time with The Big Thrill discussing her latest novel:

I hope they’ll want to get a flu shot!

THE HAN AGENT is about viruses and scientific ethics. It’s also about the simmering conflict between Japan and China over territory in the East China Sea. The Japanese ultranationalism and historical revisionism in my plot are real-life issues, and I hope my readers choose to learn a little more, or follow the news headlines about these topics a little more closely.

THE HAN AGENT is based on real microbiology. This is stuff you should be afraid of because it could really happen (almost). As in my other books, a laboratory experiment performed in the story reveals critical information to the protagonist. I love making science sexy and relevant in this way.

As part of my research for THE HAN AGENT, I read about the war crimes committed by Japan in China during the 1930s and 40s. Specifically I learned about Unit 731, a science-driven branch of the Japanese Imperial Army that performed unspeakable experiments on prisoners in their quest for a useful biological weapon. The biggest surprise? The US let the criminals responsible for these horrors off the hook in exchange for information. Unit 731 physicians and scientists never faced the Tokyo war crimes tribunals. They resumed their careers in post-war Japan, and many of them became leaders in their fields.

The core scientific idea behind my new book—that a deadly virus could be engineered to target a specific group of people—is what inspired me to start writing fiction. Over twenty years ago, I wrote a story about this, and called it THE HAN AGENT. While that story died a merciful death long ago, the idea (and title) survived. After more rewrites than I want to remember, I think I finally did justice to this awesome high concept.

Michael Crichton’s Jurassic Park is the model of perfection that I strive toward. Crichton proved time and again that you can use real, high-level science in a page-turning, audience-pleasing story. He combined a superb scientific imagination with truly extraordinary storytelling skill.

James Rollins’s Sigma Force series is also an inspiration to me. Rollins’s characters are women and men who possess intellectual brilliance as well as Special Forces-type training. He grounds his plots in real science, and then tells a whopping good story. 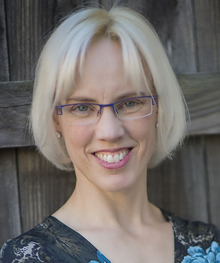 Amy Rogers, MD, PhD, is a Harvard-educated scientist, novelist, journalist, educator, critic, and publisher who specializes in all things science-y. Her novels Petroplague, Reversion, and THE HAN AGENT use real science and medicine to create plausible, frightening scenarios in the style of Michael Crichton. Formerly a microbiology professor, she is the founder of ScienceThrillers Media publishing company, an active member of International Thriller Writers, and serves as treasurer for Northern California Publishers and Authors. In addition, she runs the ScienceThrillers.com book review website and writes a monthly column for Sacramento’s Inside Publications.