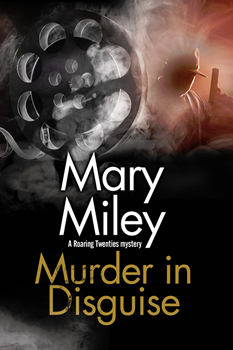 “Joe Petrovitch was gunned down on a sunny Saturday afternoon in early October, during the ninth reel of Charlie Chaplin’s Gold Rush.”

Employed by Douglas Fairbanks and Mary Pickford at their famous film studios, script girl Jessie Beckett has a reputation as a skilled amateur sleuth. So when a projectionist is shot dead at the movie theatre where he worked, his grieving widow asks Jessie if she can find out who killed him, and why. Who was the mysterious man in the red coat who fired three shots at Joe Petrovitch? And how could he vanish from the balcony with no trace?

To find the answers, Jessie must delve into the dead man’s history and uncover dark secrets from another continent and another era. As she is to discover, the past has a long reach …

The Big Thrill recently caught up to Mary Miley to discuss her latest mystery, MURDER IN DISGUISE:

Naturally, I hope that readers will have fun reading this mystery—and that they will be surprised at the end. But as a historian, I can’t help but hope they will come away with an appreciation for the fascinating decade of the 1920s, a time when vaudeville, gangsters, flappers, bootleggers, and jazz came right into the parlor courtesy of a new invention called radio. And as the male establishment watched in horror, women declared their independence with the ballot, raised their hems, bobbed their hair, smoked cigarettes, slurped bathtub gin, and shimmied late into the night.

I was surprised that, as I learned more and more about the failure of Prohibition in the 1920s, my opinions about the legalization of marijuana changed. I had been opposed to legalization; now I support its legalization and regulation.

The fictional Carolyn Keene (Nancy Drew author) gets credit for my early love of mysteries; Mary Stewart and Daphne DuMaurier for my interest in historical mysteries. Current authors who have inspired me include Laurie King and Lindsey Davis. 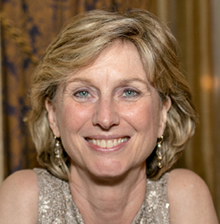 Mary Miley, historian and author of five mysteries set in the Roaring Twenties, began her fiction career in 2012 with The Impersonator, winning the national award for Best First Crime Novel from the Mystery Writers of America. The latest in that series, Murder in Disguise, makes its debut in 2017. Miley received her BA and MA at the College of William and Mary, then worked at Colonial Williamsburg and taught history at Virginia Commonwealth University for many years. These days, when she’s not at her computer, she’s probably in jail, where she teaches a writing class for inmates. An Army brat, Mary and her husband have made their home in Richmond since 1977.