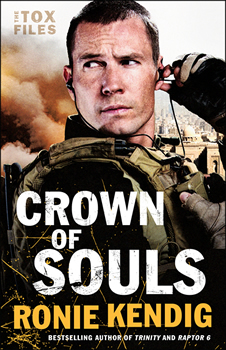 When You Stare Into the Abyss It Also Stares Into You.

Six months after stopping a deadly plague, Cole “Tox” Russell and his team are enjoying a little rest. That peace is short-lived when a sniper shot hits Tox. The enemy is discovered to be one of their own, a rogue Special Forces team operator.

Alec King is perhaps the only person as skilled as Tox, and he’s out for justice. Furious with orders that got his men killed, he intends to make those responsible pay. And he insists Tox join him, believing they are the same breed of soldier.

Afraid his old friend is right, Tox battles a growing darkness within himself as he and his team engage in another deadly encounter with antiquity. It appears Alec is cheating—he’s using a mysterious artifact, a crown that history has linked to some of the worst slaughters in humanity. Racing to stop Alec before his vengeance is unleashed, Tox must fight the monster without becoming one.

CROWN OF SOULS author Ronie Kendig took some time out of her busy schedule to discuss her latest novel with The Big Thrill:

Novels that not only entertain but make me think, make me take stock of ideas are my favorite type of read, so it is my hope that readers will find a compelling story that might challenge them to think deeper, and yet enjoy the story, too.

CROWN OF SOULS thrusts raw, intense characters into a fight with antiquity and faiths of that time. Yet it remains a clean read without losing any grit or intrigue!

In researching CROWN OF SOULS, I was pleasantly surprised to discover that, while they fought violently against each other, a begrudging respect existed between the Poor Fellow-Soldiers of Christ and of the Temple of Solomon (Knights Templar) and Salah ad Din (Saladin), the famous Muslim political leader and sultan who united the Islamic forces and led them against the Crusaders. The dynamics between these two great forces are incredibly fascinating!

CROWN OF SOULS will give readers a peek into the tangled identity of Nimrod and the many theories of who he might have actually been—Tukulti Ninurta I, Sargon the Great, Belus, etc.—as well as the crown and black sheet he is said to have seen in the heavens.

The authors who have influenced my career include Joel Rosenberg, Robert Ludlum and James Rollins, but I’ve been heavily inspired in the drafting of flawed heroes who grab readers by the throat and never let go by David Baldacci. 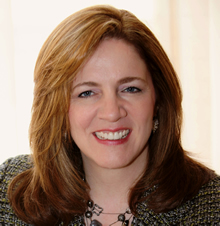 Ronie Kendig is an award-winning, bestselling author who grew up an army brat. She’s penned more than fifteen novels, including Conspiracy of Silence, which won the RT Reviewers’ Choice Award for Best Inspirational Suspense. She and her veteran husband live in beautiful Northern Virginia with their children and their retired military working dog, VVolt N629.