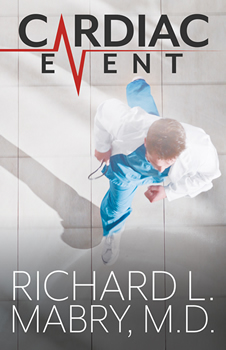 Cardiologist Dr. Kirk Martin continually crosses swords with Dr. Cliff Hamilton, so he is surprised when Hamilton asks him to care for him after a heart attack. When he is ready for discharge, Hamilton is found dead in his hospital bed, and Martin is suspected of murdering him.

After another doctor is found shot to death, Martin’s girlfriend, nurse Janet Rush, reminds him to be careful because he may be next. Can he save his own life while searching for the identity of the real murderer?

First and foremost, that doctors are human. The anguish and worry felt by the hero of this book is just as real as that of someone with a different profession.

Medical fiction is, in and of itself, a rarity among novels, and I try to make mine ever more unique by (sneakily) making the technical terms and procedures clear through my writing. Of course, there aren’t many writers of medical fiction whose work could be described as “Christian” or “inspirational,” so this work is unique in that way as well.

I attended a writing conference prior to writing my non-fiction book after the death of my wife. It was there that James Scott Bell got me interested in writing fiction. As I continued to write, I treasured the relationship with the late Dr. Michael Palmer, and tried to pattern my medical fiction after his. 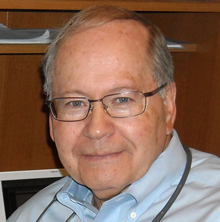 Dr. Richard Mabry is a retired physician, now writing “medical suspense with heart.” His novels have garnered critical acclaim and been finalists for ACFW’s Carol Award, both the Romantic Times’ Inspirational Book of the Year and Reviewer’s Choice Awards, the Inspirational Readers Choice, and the Selah Award. He is a member of the American Christian Fiction Writers, the International Thriller Writers, the Faith-Hope-Love chapter of the Romance Writers of America, the Christian Authors Network, and Novelists Inc.

To learn more about Dr. Mabry, please visit his website.