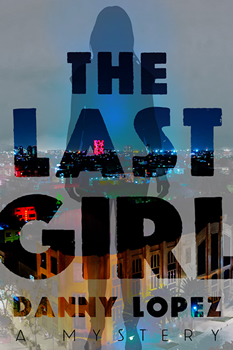 After being laid off from his job as a newspaper reporter in a coastal Florida town, Dexter Vega meets a wealthy retiree who hires him to find his daughter who is supposed to be attending the local college. When Vega visits his client to inform him that his daughter is in Mexico, he discovers the man has been murdered. And Vega’s prints are all over the murder weapon.

As the police build a case against him, Vega flies to Mexico City to locate his client’s daughter, hoping she will help him find the murderer and thus clear his name. But when he finds the woman, she tells him a very different story—nothing is as it seems.
Beaten by thugs and ordered to leave Mexico, Vega returns home to find himself immersed in a web of blackmail, greed, and revenge.

The Big Thrill had the opportunity to discuss THE LAST GIRL with author, Danny Lopez, and here’s what we learned:

First and foremost, I hope they will be entertained—from the first page to the last. I think a lot of people will identify with the main character, Dexter Vega. He’s been laid off, and the world seems to be conspiring against him, but he prevails and fights for what he thinks is right. He’s a complex anti-hero who just wants everything to be OK in an environment that is constantly changing.

I think THE LAST GIRL pushes the envelope of the mystery genre because it’s a character-heavy mystery that reads like a thriller. It’s a noir novel that breaks from the typical quirky Florida mystery novel. And Dexter Vega is a semi-amateur detective who has a long way to go to make a commitment to the profession. And as dark as it is, there is also some humor.

Yes, how much opinion I had on the changes taking place in our current world—especially Florida. I also brought in diverse characters without really thinking about how they might be perceived. I felt very free creating them.

Dexter Vega is going though some soul searching when the mystery falls on his lap. I think like many of us he is trying to find his place, make a living and connect with his young daughter. All of this plays into the actual plot of the novel in a subtle way. And the metaphor of extinction runs throughout the book.

First and foremost, Earnest Hemingway because of his compact and straightforward prose. Elmore Leonard has always been a favorite because he lets the dialogue do the work. He’s funny and real and moves a plot like the pro that he is. Other writers I’ve enjoyed are Dennis Lehane, John D. MacDonald, Charles Bukowski, William Faulkner, and Cormac McCarthy—although it’s difficult to tell how much they’ve influenced me. John Steinbeck is an influence because of his characters. I love the humanism in his work and I take a big page from that. I feel the way he does about people. There is good in all of us. 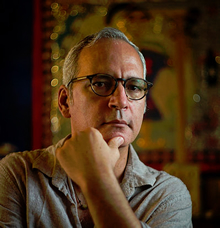 Danny López is a pen name. The author was raised in Mexico, Texas, and Florida. He worked numerous menial jobs before becoming a photojournalist, which allowed him to travel around the U.S., Mexico and the Caribbean and meet many of the characters that populate his stories. THE LAST GIRL is his first Dexter Vega novel.