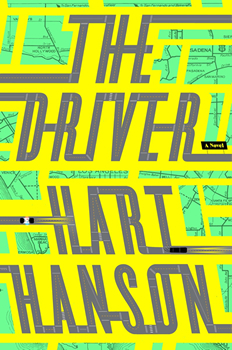 Michael Skellig is a limo driver waiting for his client in the alley behind an upscale hotel. He’s spent the past twenty-eight hours ferrying around Bismarck Avila, a celebrity skateboard mogul who isn’t going home any time soon. Suddenly the wind begins to speak to Skellig in the guttural accent of the Chechen torturer he shot through the eye in Yemen a decade ago: Troubletroubletrouble. Skellig has heard these warnings before—he’s an Army Special Forces sergeant whose limo company is staffed by a ragtag band of wounded veterans, including his Afghan interpreter—and he knows to listen carefully.

Skellig runs inside just in time to save Avila from two gunmen but too late for one of Avila’s bodyguards—and wakes up hours later in the hospital, the only person of interest in custody for the murder. As for Avila? He’s willing to help clear Skellig’s name under one peculiar condition: that Skellig become Avila’s personal chauffeur. A cushy gig for any driver, except for the fact that someone is clearly trying to kill Avila, and Skellig is literally the only person sitting between Avila and a bullet to the head.

The Big Thrill recently caught up with Hart Hanson to discuss his new release, THE DRIVER:

I hope people will take away the notions that LA is one of the most beautiful cities in the world, if you know where to look; that you shouldn’t trust your GPS if you really want to know where you are going; and, most importantly, the irrefutable fact that our veterans deserve immeasurable gratitude and we must do better by them.

Having been a TV scriptwriter for years, I’d always had the support of producers, actors, directors, costume designers, production designers, cinematographers, casting directors, special effects supervisors, sound designers, stunt people, choreographers, composers … and a hundred and twenty others. Writing a book by myself, I was required to take on all those jobs, down to describing shoes. Shocking.

As a kid, I fell in love with book series like “The Famous Five” by Enid Blyton, and C.S. Lewis’s Narnia books. Then it was E.M. Forster’s Hornblower, George MacDonald Fraser’s Flashman, Bernard Cornwell’s Sharp, LeCarre’s Smiley, Patrick O’Brian’s Aubrey/Maturin seafaring adventures, Cormac McCarthy’s Border Trilogy and Tony Hillerman’s Navajo novels—all these instilled my own deep desire to create a distinct fictional world populated by characters with whom I’d like to spend all my time. 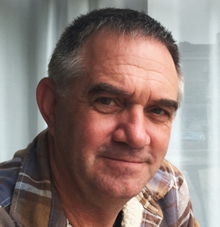 Hart Hanson wrote for Canadian television before moving to Los Angeles, where he worked on various TV programs before creating the series Bones, the longest-running scripted hour-long series on the FOX network. Married with two sons, Hart lives with his wife, Brigitte, in Venice, California. The Driver is his first novel.