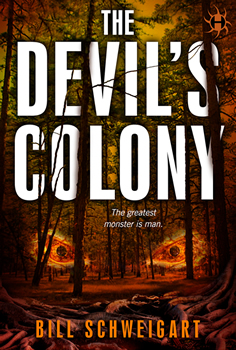 Ben McKelvie had a good job, a nice house, a beautiful fiancée . . . until a bloodthirsty shapeshifter took everything away. Ever since, he’s been chasing supernatural phenomena all across the country, aided by dedicated zoologist Lindsay Clark, and wealthy cryptozoologist Richard Severance.

Now they face their deadliest challenge yet. In the New Jersey Pine Barrens, a man named Henry Drexler operates a private compound called Välkommen, which is Swedish for “welcome.” Indeed, Drexler welcomes all visitors—so long as they’re racists, neo-Nazis, or otherwise in cahoots with the alt-right. But Drexler is no mere Hitler wannabe. Once he was Severance’s mentor, and his research may well have summoned a monster to the Pine Barrens.

To find out the truth, Ben and Lindsay must enter the camp incognito. There, under the watchful eyes of Drexler’s bodyguards and sociopathic son, they will learn that the most dangerous beasts lurk in the human heart.

Author Bill Schweigart took time out of his busy schedule to discuss THE DEVIL’S COLONY with The Big Thrill:

A totally satisfying conclusion to the Fatal Folklore trilogy. In the The Beast of Barcroft, Ben McKelvie and Lindsay Clark barely survive a devilish creature stalking the residents of Arlington, VA. Northwoods followed Ben and Lindsay to northern Wisconsin to investigate sightings of a new and terrifying cryptozoological threat. For two novels, Ben and Lindsay have been on the defensive, pursued by creatures of legend. In THE DEVIL’S COLONY, the final novel in the trilogy, they go on the offensive, infiltrating a camp that caters to society’s underbelly, where they will learn that the greatest monster is man.

It’s horror for sure—a supernatural thriller with the requisite amount of scares—but I’ve always been more interested in the characters than the creatures. I’ve strived with this series, and this book in particular, to show the heart. The characters have really pulled together and formed a team, warts and all, and there are huge, cathartic moments for them. If you don’t have all of the feels by the end, then I haven’t done my job. And it brings the funny.

When I conceived the novel years ago, I thought the idea of sending my characters into a massive camp of white supremacists in the woods might seem too farfetched, even for a supernatural thriller featuring mythological creatures. Today…not so much. I watched the news in 2016 with a dawning sense of horror that there was more hate out there than I had imagined, and it was bubbling ever closer to the surface. I finished the first draft during the final month of the election, and the book I had begun writing as dark, escapist horror was suddenly, startlingly of the moment.

This is the final novel of the trilogy that began with The Beast of Barcroft. I’m paying off things I’ve planted way back in Beast, and everything will come to a very emotional head. If The Beast of Barcroft was a novel about folklore used as a weapon, and Northwoods was folklore as an invasive species, then THE DEVIL’S COLONY is about folklore as a weapon of mass destruction.

Here’s the thing: I’ve avoided horror as I’ve written this trilogy. Blasphemy, I know, but I don’t want to be unconsciously influenced. And while I would NEVER compare myself to the likes of Stephen King or Robert McCammon, they are like twin north stars I’m pointing toward (but know I will never reach). 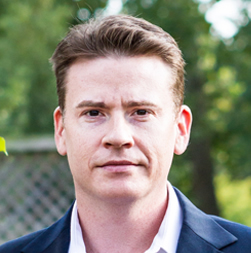 Bill Schweigart revives a bit of forgotten lore from the shadow of Washington, D.C. for his chilling thriller, The Beast of Barcroft, which finds a devilish creature stalking the residents of Arlington. Publishers Weekly says “Readers who appreciate a B-movie sensibility, affable characters, and a sense of fun along with their scares will find much to enjoy.” Its sequel, Nothwoods, follows Ben McKelvie and Lindsay Clark as they travel to the Northwoods of Wisconsin to investigate sightings of a new and terrifying cryptozoological threat. THE DEVIL’S COLONY, the final novel in the trilogy, will be available July 11, 2017. Bill is a former Coast Guard officer who drew from his experiences at sea to write the taut nautical thriller, Slipping the Cable. Bill currently lives in Arlington, VA with his wife and daughter, who along with their monstrous Newfoundland and mischievous kitten, provide him with all the adventure he can handle.