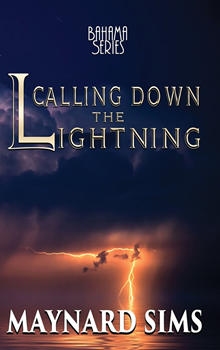 CALLING DOWN THE LIGHTNING is an exciting and pulsating adventure thriller that twists and turns along a labyrinthine path to a stunning conclusion.

A hitman is loose on the idyllic islands. A killer for hire who has FBI agent, Billie Jean Martinez in his sights. Billie just happens to be the lover of Stevie, Harry Beck’s business partner. Trouble is at Harry’s door, again.

Harry has his own problems. When Billie and Stevie, and then his wife Katy, go missing, Harry has no choice but to join the chase to find them, and hope he gets to them before the hired gun. Most of all, they have to stay alive.

Author Maynard Sims recently spent some time with The Big Thrill discussing his latest novel, CALLING DOWN THE LIGHTNING:

A sense of excitement at the exotic location and fast paced thriller action.

It is Book 2 in our series and it follows an ordinary man thrust into extraordinary circumstances and having to find the best way out.

The way people can be so horrible to one another for the most petty of reasons—although mainly for love (sex) or money.

It’s the follow up to Touching The Sun, which was originally published as Dark Of The Sun, so this book is totally new and carries on the story of Harry Beck from the first novel.

Jack Higgins for his pace and thrills and Ed McBain for his 87th Precinct series of cop relationship thrillers. 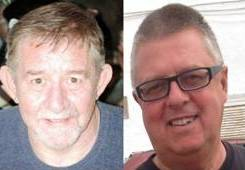 The DCI Jack Callum series of crime novels—No Evil, Prime Evil, and For Her Sins—and the box-set of all three books, The Detective Jack Callum Trilogy. The Bahamas series of thriller novels—Touching The Sun, Calling Down The Lightning, and Raging Against The Storm. The Department 18 series of supernatural crime novels—Black Cathedral, Night Souls, The Eighth Witch, A Plague Of Echoes, Mother Of Demons and Tashkai Kiss. The crime novels Let Death Begin, Through The Sad Heart, and Falling Apart At The Edges. The supernatural novels, Shelter, Demon Eyes, Nightmare City, Stronghold, and Stillwater. The erotic romance novels, under a pseudonym, The Love Project and The Romance Project.

Numerous stories have been published in a variety of anthologies and magazines. Collections include, Shadows At Midnight, 1979 and 1999 (revised and enlarged), Echoes Of Darkness, 2000, Incantations, 2002, two retrospective collections of their stories, essays and interviews, The Secret Geography Of Nightmare and Selling Dark Miracles, both 2002, Falling Into Heaven 2004, The Odd Ghosts, 2011, and Flame And Other Enigmatic Tales, and A Haunting Of Ghosts, both 2012. Their tenth collection of ghost stories and strange tales—Death’s Sweet Echo—which includes all their recent and new stories, many of them previously unpublished, is 2016.

They worked as editors on the nine volumes of Darkness Rising anthologies. They co-edited and published F20 with The British Fantasy Society. As editors/publishers they ran Enigmatic Press in the UK, which produced Enigmatic Tales, and its sister titles. They have written essays. They still do commissioned editing projects, most recently Dead Water, and the Capital Crimes anthology for the ITW. They do ghost writing commissions.