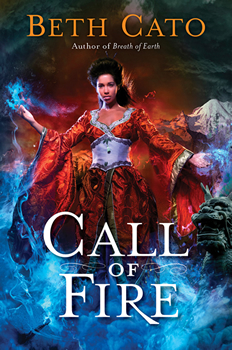 When an earthquake devastates San Francisco in an alternate 1906, the influx of geomantic energy nearly consumes Ingrid Carmichael. Bruised but alive, the young geomancer flees the city with her friends, Cy, Lee, and Fenris. She is desperate to escape Ambassador Blum, the cunning and dangerous bureaucrat who wants to use Ingrid’s formidable powers to help the Unified Pacific—the confederation of the United States and Japan—achieve world domination. To stop them, Ingrid must learn more about the god-like magic she inherited from her estranged father—the man who set off the quake that obliterated San Francisco.

When Lee and Fenris are kidnapped in Portland, Ingrid and Cy are forced to ally themselves with another ambassador from the Unified Pacific: the powerful and mysterious Theodore Roosevelt. But even TR’s influence may not be enough to save them when they reach Seattle, where the magnificent peak of Mount Rainier looms. Discovering more about herself and her abilities, Ingrid is all too aware that she may prove to be the fuse to light the long-dormant volcano . . . and a war that will sweep the world.

An awareness that this horrific alternate history is based strongly on our own. I include a lengthy biography with each book in this series so that readers can dig deeper and learn more.

It’s a steampunk adventure that twists history at a time period that other authors haven’t really explored. This is a 1906 where Japan and America have combined their military might to try to dominate the Asian mainland.

I was stunned at how well Theodore Roosevelt fit into this new version of history. He was a complex, charismatic, and brilliant man, one who must be regarded within the context of his time. He also left behind a wealth of material to inspire historical fiction authors. 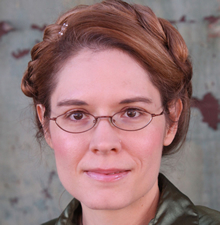 Beth Cato hails from Hanford, California, but currently writes and bakes cookies in a lair west of Phoenix, Arizona. She shares the household with a hockey-loving husband, a numbers-obsessed son, and a cat the size of a canned ham.

She’s the author of THE CLOCKWORK DAGGER (a 2015 Locus Award finalist for First Novel) and THE CLOCKWORK CROWN (an RT Reviewers’ Choice Finalist) from Harper Voyager. Her novella WINGS OF SORROW AND BONE was a 2016 Nebula nominee. BREATH OF EARTH begins a new steampunk series set in an alternate history 1906 San Francisco.