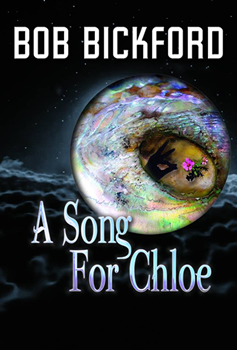 Author Bob Bickford brings us plenty of chills in his latest novel, A SONG FOR CHLOE.

Hollow Lake has a legend. The locals say that the spirit of Chloe Hunter, a teenager drowned in 1980, haunts its waters. She has been seen every year since, especially during late autumn when she appears as an eerie figure swimming in near-icy waters.

Nick Horan knows the legend, but he doesn’t believe in ghosts…until late one night, when Chloe wades out of the cold lake in front of his eyes. As beautiful as she is terrifying, the vision stirs something inside him, but before he can react, she vanishes into the dark woods.

It’s clear that Chloe isn’t from here. She’s a doorway to somewhere else—and Nick might just follow her anywhere.

The Big Thrill recently checked in with Bickford to learn more about his haunting new tale.

Tell us a little about your main character, Nick Horan. What’s his journey been like up until now?

I think like all of my protagonists, Nick Horan sees himself as painfully ordinary. He doesn’t entertain any delusions about himself or anyone else. He’s essentially decent, but he’s aware that his decency has never been terribly tested. Nick has retired from a career as a journalist with enough money to live simply, but he doesn’t see himself as retired; he just doesn’t know what comes next. He has spent his entire life missing someone or something, but he has no idea what it is. When he sees the ghost of a girl swimming out of a wintertime lake, he reacts as he always does, with mild skepticism—not realizing that the beautiful phantom is who and what he’s been missing.

What do you enjoy most about writing paranormal fiction?

I don’t really see myself as a writer of paranormal fiction. I love romance. We never remember that Casablanca was a “wartime drama;” we remember Bogart and Bergman saying goodbye at a foggy airport. Paranormal and noir thrillers are fun vehicles for romance and all of its complications. I’m hugely enthusiastic about Raymond Chandler, and the writers who followed him—Ross Macdonald, John D. Macdonald, Robert B. Parker. I love their writing and their stories, and the way their heroes ponder life as bullets fly around their heads. I don’t deliberately try to bend genre. I just follow the stories where they go.

Why did you choose this setting for your story?

A SONG FOR CHLOE is set on an island in Hollow Lake, which is based on a real location in Canada. It’s a beautiful place; woodsy and populated by vacationers escaping the city in the summer, all about beer and barbeque, water skis and wet bathing suits and bonfires. In the winter, it’s abandoned. Being there can be unsettling. It’s still beautiful, but it’s desolate and primitive. The lake, forests, and islands have to become characters. It’s not easy spinning three full-length novels in a place where nobody goes for most of the year, but it’s a curious thing. The most vivid hauntings and lasting legends seem to linger in places that don’t see a lot of people. Without a lot of noise, the past runs closer to the surface. I suspect it’s why the Western genre has thrived for as long as it has. (Lee Child is a master at telling stories in places where very little happens. His best scenes are on highways in the middle of nowhere, sleeping towns, empty diners, midnight bus stations.)

This is a thriller with a dead romantic interest. Most readers feel strongly; they fall in love with Chloe, or else they loathe her. It’s not how we’re taught to think about people when they are buried. I hope it stirs up some thought and emotion. We’re not gone when we vanish.

I mostly love Raymond Chandler. He broke all the rules and made up his own. I also care about his heirs: Ross Macdonald, John D. Macdonald, Robert B. Parker. Stephen King has also influenced me profoundly. When I was in high school, my English teacher, a priest named Father Arbour, lent me his copy of The Shining. (King wasn’t nearly as prominent then, and was mostly viewed as a writer of pulp horror.) He said that he thought King was going to be seen as an important writer someday; not all good writing is confined to dusty classics. 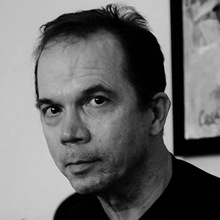 When he was little, Bob Bickford haunted the library. He hunted for good stories, found himself lost in the pages, and daydreamed about becoming a writer. When he grew older, real life got in the way and paychecks became more urgent than classes or degrees. The dream was filed under “Impossible Things,” and nearly forgotten. After years spent in various corners of the United States and Canada, he dusted off his imagination and became a writer by night. He creates his own great stories now, and he still haunts the library.

Open the Door by Diana Deverell