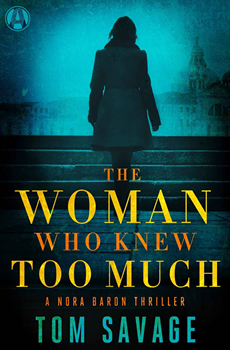 Galina Rostova, the hot new star of Moscow’s theater scene—and mistress to a powerful Russian general—has reached out to the CIA. In exchange for information vital to U.S. security, she requests asylum in America. The Company’s top pick for the mission is Nora Baron. The wife of a CIA operative, this Long Island mother and drama teacher has proven to be an asset in the field before. And as an actress herself, her cover will be convincing.

Disguised as a television news host, Nora heads to Venice, Italy, where Rostova is appearing in Chekhov’s The Seagull. As the cameras roll during their mock interview, the starlet will make her escape—or at least that’s the plan. But when the defection goes off-script, the two women are on the run from Russian agents. And when a snowstorm buries Venice, clogging the streets, waterways, and airport, the stage is set for tragedy—with several lives at risk of a final curtain.

The Big Thrill recently spent some time with USA Today bestselling author Tom Savage discussing his novel, THE WOMAN WHO KNEW TOO MUCH:

This is the second title in my new series featuring Nora Baron—wife, mother, actor, college drama teacher—and spy. Her husband is a CIA operative, and she accidentally became an honorary secret agent. I hope readers have a good, escapist time with this series.

Most current espionage fiction falls into two categories: grimly realistic and cartoonishly unrealistic. I liked the idea of a series with an average citizen reluctantly drawn into international events and discovering she has a talent for it. Not too realistic, not too cartoonish—it’s an espionage series for people who don’t usually read espionage.

This novel is set in Venice, Italy, in the dead of winter. My vivid memories of my visits to my favorite Italian city came back to me, and I put in as much description of the place and the atmosphere as I could. It’s as much a travelogue as it is a spy novel. 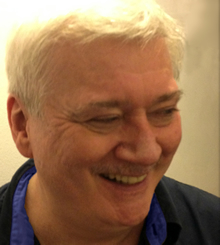 Tom Savage is the USA Today bestselling author of A Penny for the Hangman, the Nora Baron series (Mrs. John Doe and The Woman Who Knew Too Much), and many other novels and short stories. His books have been published in fifteen countries, and his novel Valentine was made into a Warner Bros. film. Raised in St. Thomas, Virgin Islands, he now lives in New York City, where he worked for many years at Murder Ink®, the world’s first mystery bookstore.