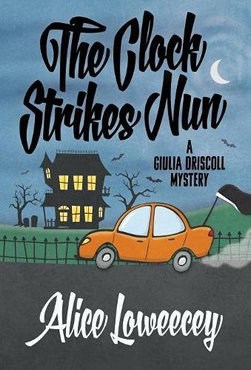 When Elaine’s housekeeper and crackpot filthy rich cousin descend on Giulia and demand she find out who’s trying to steal sweet, fragile Elaine’s family business out from under her, that’s a different story. They want DI to provide Tarot readings, ghost hunting sessions, and even an exorcism.

Ghost hunting? There are apps for that. Tarot readings? Experts in the skill are right across the street. Exorcisms? Having a priest for a brother-in-law comes in handy. Giulia plunges into a crash course in all things supernatural, convinced everything happening to Elaine is stagecraft.

Except when it isn’t. Giulia’s about to discover a new dimension to sleuthing, if she can survive attempted murder long enough to see through the web of lies around her client.

A sense of fun. It’s a grim new world and I want my readers to smile as they work out “who did it” along with Giulia.

I’m combining a traditional private eye mystery with ghost hunting now. We’re taking the series in a new direction. In this book, readers can enjoy a few ghosts and still solve a mystery.

I learned how those ghost hunting apps work—they’re much more fun than I expected. Also chameleons: one of my characters breeds them, which was not in the outline! As I wrote a scene the character walked into her chameleon cage filled room and with that I had a bunch more research to do.

So many crafts! Characters weave and spin and are gourmet cooks and as I mentioned above, breed chameleons.

Patricia Wentworth and Charles Dickens. Wentworth wrote lots of light, fun mysteries with a touch of romance ad a memorable MC. I wanted to create my own take on that. And Dickens was a master at characterization. I reread half a dozen of his books every few years to take lessons from the master. 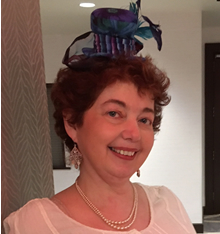 Baker of brownies and tormenter of characters, Alice Loweecey recently celebrated her thirtieth year outside the convent. She grew up watching Hammer horror films and Scooby-Doo mysteries, which explains a whole lot. When she’s not creating trouble for her sleuth Giulia Driscoll or inspiring nightmares as her alter-ego Kate Morgan, she can be found growing her own vegetables (in summer) and cooking with them (the rest of the year).

To learn more about Alice, please visit her website.