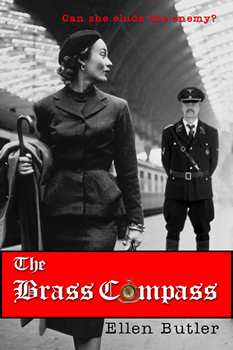 A beautiful American spy flees into the night. On her own, she must live by her wits to evade capture and make it to the safety of the Allied forces.

Lily Saint James grew up traveling the European continent, learning languages as she went. In 1938, her mother’s abrupt death brings her back home to Washington, D.C., and after the bombing of Pearl Harbor, Lily comes to the attention of the Office of Strategic Services (OSS). Her knowledge of German, French, and Italian makes her the perfect OSS Agent, and her quick thinking places her as a nanny in the household of an important German Army Colonel, where she is able to gather intelligence for the Allies. After her marketplace contact goes missing, she makes a late-night trip to her secondary contact only to find him under interrogation by the SS. When he commits suicide, she flees into the frigid winter night carrying false identification papers that are now dangerous and a mini film cartridge with vital strategic information. In order to survive, Lily must make it out of Germany, into the hands of Allied-controlled France, through a path fraught with peril.

The Big Thrill caught up with author, Ellen Butler, to discuss her novel, THE BRASS COMPASS:

I expect my readers to gain a better sense of the extreme dangers spies and agents faced doing their jobs behind enemy lines during WWII. Secondly, I believe the novel provides insight of how restricting it was for civilians to live in a police state; how every action or word had to be weighed because of the invasiveness of the Gestapo. Can my readers imagine living that way? Finally, since I provide guided reader questions at the end of the novel, I hope book clubs enjoy rousing debates about the characters actions, their motivations, and the types of emotions the novel evoked.

THE BRASS COMPASS, a book set during WWII, places Lily St. James in the spotlight. Fiction reflects reality revealing the extreme dangers agents faced when Lily St. James parachutes behind enemy lines, destroys rail lines, and infiltrates a high-ranking Nazi household. The Brass Compass is the latest story to celebrate the uncompromising intelligence and composure displayed by real operatives. From Greta Garbo in the film “Mata Hari” to Stephanie Meyer’s modern novel The Chemist, audiences are riveted by the tough-and-tender ways women approach espionage. By allowing women to utilize their natural talents and their specialized training, the OSS preserved freedom worldwide.

Since THE BRASS COMPASS is my first foray into historical fiction, I found there were so many new discoveries to make. First, was the true bravery that all OSS agents showed, but since my main character is female, my research into the female OSS agents revealed, of the 13,000 employees working for the program in 1944, nearly 35% were women. Roughly 1,500 female agents were deployed overseas. Those who were dropped behind enemy lines faced the same dangers as male operatives and had an expected lifespan of six weeks. Radio operators had an even shorter life expectancy as the Nazis became more skilled at zeroing in on their frequencies.

During my research phase, I had the honor of interviewing not only WWII Veterans, but also a German man who was half-Jewish. He escaped a Nazi work camp and spent the rest of the war hiding out in an apartment in Berlin. Amazingly, he was able to survive the extreme Allied firebombing that city went through even though he was not able to flee to the bomb shelters with the rest of the civilians. I named a character after this brave man. Can readers guess who it is?

This is a difficult question, as writer I am also an avid reader and the list is long. However, as far as THE BRASS COMPASS is concerned, I would say Stephen Ambrose, Judith Pearson, Kristin Hannah and Elizabeth McIntosh were unquestionably influential in bringing The Brass Compass to fruition. Ambrose because his book (and subsequent HBO miniseries) Band of Brothers provided the tiniest spark of inspiration that set THE BRASS COMPASS into motion. Pearson and McIntosh, provided excellent nonfiction research into the lives of female spies. And, Hannah’s book, The Nightingale, came to my attention as I was finishing up the first draft of THE BRASS COMPASS. Her success provided me confirmation that the reading public would be interested in the life of a brave woman performing her duty to both her country and humanity. 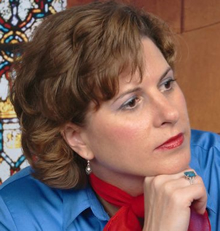 Ellen Butler is a novelist writing critically acclaimed suspense thrillers, and award winning romance. THE BRASS COMPASS was inspired by the brave women who served in the OSS, British Special Operations Executive and French Resistance. Ellen is a member of The OSS Society and her fascination with WWII history originally piqued when her grandfather revealed his role as a cryptographer during the war. The Brass Compass is her debut into the historical fiction genre. She also holds a Master’s Degree in Public Administration and Policy, and her history includes a long list of writing for dry, but illuminating, professional newsletters and windy papers on public policy. She lives in the Virginia suburbs of Washington, D.C. with her husband and two children.