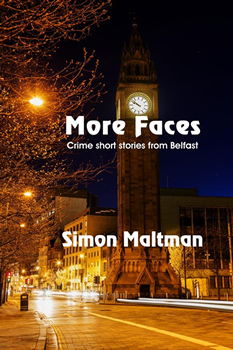 More Faces is a crime short story collection from A Chaser on the Rocks author Simon Maltman. The 12 mystery noirs included feature published and previously unpublished stories and all series shorts currently available. Take a journey across Northern Ireland, through the beauty and darkness, with the fresh new voice in Irish Crime Fiction.

“I’m amazed how a writer can cram so much into such a short space of narrative. You hit the ground running and it’s a sprint finish.”
~ Crime Book Junkie

“A punchy tale, told plainly, with plenty of pace… of old fashioned thuggery and backstreet skullduggery.”
~ Murder, Mayhem and More

“…a snappy read that gives a fresh glimpse into a life of crime and where it can lead you.”
~ Writing.ie

Hopefully they will find it an interesting mix of crime stories and it will also show some of the beauty of Northern Ireland.

It is a continuation of the growing reputation of crime fiction from Northern Ireland.

The stories span the first few attempts at crime fiction I ever tried, up to the present day. 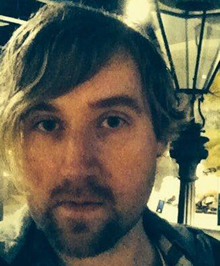 Simon Maltman is a crime thriller writer from Northern Ireland. His debut novel, A Chaser on the Rocks, is a psychological mystery that received critical acclaim. He has previously had many well received noir shorts published and all are included here. In total, there are twelve published and previously unpublished works in this collection. A member of the International Thriller Writers, Simon Maltman is the fresh new voice in Irish Crime Fiction.