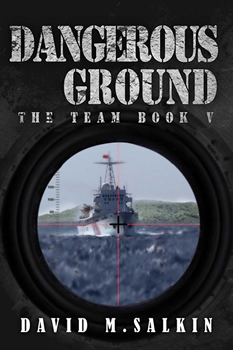 When the United States realizes that Brunei is building an island right next to the wreck-site of a missing U.S. bomber carrying nuclear weapons, THE TEAM must be dispatched to help recover the nukes. THE TEAM, the CIA’s most effective tool to combat terrorism, is made up of SEALs, Force recon Marines and CIA black-ops agents. With their unique blend of talents, they can take on any enemy, anywhere on the globe.

Disguised as oilmen working a semi-submersible oil platform, THE TEAM finds themselves facing Chinese military patrols, ISIS terrorists and a dangerous nuclear bomb recovery in six-hundred feet of water, while their boss at home, CIA Director Wallace Holstrum, is charged with a crime that could end his career and land him in jail—unless his agents can help figure out who’s really behind the nasty allegations.

In typical Salkin style, THE TEAM will keep you up past bedtime as you race to the heart-pounding end of DANGEROUS GROUND. The Big Thrill had the opportunity to discuss David M. Salkin’s latest book in THE TEAM series:

The Team series continues to entertain readers while exposing them to real-world topics. Whether it’s artificial island building in the South China Sea or Mexican Drug cartels at the border, Salkin’s stories seem to be ripped from the headlines.

The South China Sea is the route for a vast amount of the world’s oceanic shipping trade. With China, Vietnam, Brunei and The Philippines all building artificial islands to expand their reach, it’s a wonder war hasn’t already broken out. The International Court at The Hague ruled that China has no legal claim to the waters it states as Chinese, and China responded by doubling down and arming the airstrips on its islands.

The members of the team will face dangers typical of all of the series, however, for the first time, there is danger from somewhere inside.

I enjoy thrillers that are fast-paced with enjoyable characters that can make me either laugh or cringe. Crichton’s action-adventure “out of the genre box” style is most similar to my own. 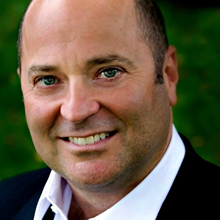