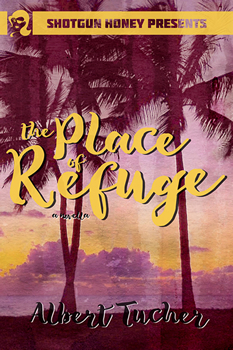 Detective Errol Coutinho of the Hawaii County Police has a serial killer of prostitutes to catch and a shortage of leads to pursue. Office Jessie Hokoana of the Honolulu P.D. has an undercover assignment that tests her loyalties and takes her to the brink of death.

When their cases collide in the rainforest of the Big Island, family ties turn deadly, and there may be no pu’uhonua—no place of refuge—for anyone.

The Big Thrill had the opportunity to interview author Albert Tucher about his latest novel, THE PLACE OF REFUGE:

The rainforest of the Big Island of Hawaii is a unique setting for dark crime fiction. Lightly policed, the region known as Puna is home to marijuana farmers, meth cookers, fugitives, survivalists, and 60s holdovers. While several local cases have attracted the attention of true crime writers, I know of no novelist who has used the setting.

Hawaii has no municipal governments. Local government services, including policing, are delivered at the county level. Hawaii County, covering the Big Island of Hawaii, is the largest land area in the United States that is policed by a single local agency.

Detective Errol Coutinho of the Hawaii County Police is part of the world of my series character, prostitute Diana Andrews. In my unpublished novel Tentacles Diana travels to the Big Island with a client who neglects to mention that some very nasty people are after him.

There are too many to count. When asked this question, I default to Ross Macdonald, who turned this science fiction fanatic into a reader of crime fiction 40 years ago. 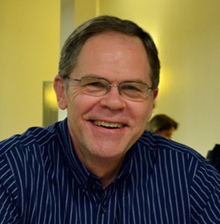 Albert Tucher is the creator of prostitute Diana Andrews, who has appeared in more than 70 hardboiled short stories in venues including The Best American Mystery Stories 2010. Her first longer case, the novella The Same Mistake Twice, was published in 2013. Albert Tucher’s favorite place on earth is the rainy side of the Big Island of Hawaii, and Diana says it’s about time he started writing about it. He works as a librarian at the Newark Public Library.

To learn more about Albert, please visit his website.