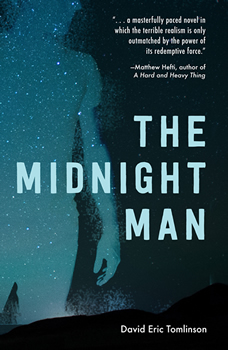 Dean Goodnight, the first Choctaw Indian employed by the Oklahoma County public defender’s office, pulls a new case—the brutal murder of a once-promising basketball star. The only witness is Caleb, the five-year-old son of the prime suspect. Investigating the murder, Dean draws four strangers into his client’s orbit, each of whom becomes deeply involved in the case—and in Caleb’s fate.

There’s Aura Jefferson, the victim’s sister, a proud black nurse struggling with the death of her brother; Aura’s patient Cecil Porter, a bigoted paraplegic whose own dreams of playing professional basketball were shattered fifty years ago; Cecil’s shady brother, the entrepreneur and political manipulator “Big” Ben Porter; and Ben’s wife Becca, who uncovers a link between the young Caleb and her own traumatic past.

As the trial approaches, these five are forced to confront their deepest disappointments, hopes, and fears. And when tragedy strikes again, their lives are forever entwined.

Author David Eric Tomlinson took some time to answer questions from The Big Thrill about his novel, THE MIDNIGHT MAN:

Though it is set in 1994, in red-state Oklahoma, THE MIDNIGHT MAN is an incredibly timely novel. It tells the story of five Oklahomans who overcome deep-seated racial, social, and political differences, to form a kind of family unit, in the year preceding the 1995 bombing of the Murrah Federal Building. I hope readers will see that, when political posturing ends, and real communication begins, change is possible. We are all much more alike than we are different, no matter which side of the red/blue divide we find ourselves on.

This novel personifies the social forces of mid 90s Oklahoma (and America) into five main characters. As those larger political forces are converging on tragedy, these five characters are overcoming the same issues—stepping outside of what feels comfortable, engaging with “the other,” to re-evaluate and even transform long-held biases or beliefs. A death penalty case fuels the plot, but the larger story is how empathy and communication can help us transcend the inevitable.

There is a death penalty case at the heart of this story. Researching capital punishment, I began to understand the subtle but awesome power of bureaucratic language—to persuade, to deceive, to absolve, to distribute responsibility, to kill. When a criminal kills, we call it murder … when the state kills, we call it justice.

I think Don DeLillo’s Underworld is the best thing ever written. After reading it for the second time, I quit my job and started writing, more or less full time. J.M. Coetzee’s Disgrace is a perfect book, tight and dangerous and inevitable, with moments of true grace. The structure of Bill Bradley’s Life on the Run influenced my novel—he uses the hometowns of his teammates as a vehicle for discussing the social and political histories of various American cities. 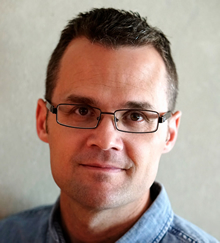 David Eric Tomlinson was born and raised in Oklahoma. He earned an undergraduate degree in creative writing from the University of California, San Diego, and has worked as an illustrator, copywriter, art director, web designer, usability consultant, product manager, Kenpo karate instructor, stay-at-home dad, and now novelist. David lives in Dallas, Texas with his wife and two daughters.