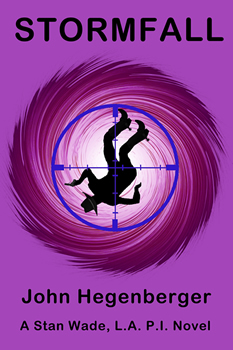 In October 1959, a young, hard-luck P.I. is lost in America, determined to untangle a series of grisly murders spreading like a disease from the set of The Alamo. Fighting for his life from a dry desert storm, to a mind-bending fog in San Francisco, and a snow-blinding mountain top outside Hollywood, Stan Wade gropes his way through drug-induced, false trails to outwit an aggressive, obsessive mass killer.

Author John Hegenberger took some time out of his busy schedule to discuss his latest novel, STORMFALL, with The Big Thrill:

Delight and joy from a wonderful journey from Texas to San Francisco to Los Angeles, all in late 1959.

Seldom can we have so much fun while saving the world.  Thrillers can be COOL!

This is the fifth book in the series and it is the best!  All the characters have come fully alive and kicking.

I make a guest appearance, but you have to watch closely and look deeply. 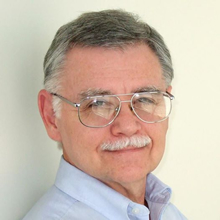