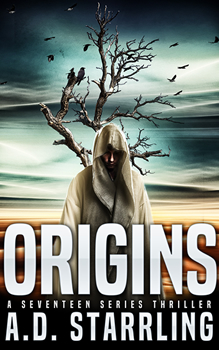 The gifts bestowed by One not of this world, to the Man who had lived longer than most.

The Empire ruled by a King who would swallow the world in his madness.

The Warrior who chose to rise against her own kind in order to defeat him.

Discover the extraordinary beginnings of the Immortals and the unforgettable story of the Princess who would become a Legend.

Author A.D. Starrling recently answered some questions for the The Big Thrill about her novel, ORIGINS:

A spellbinding story that combines history with adventure and fast-paced action. The genesis story of the supernatural action thriller series Seventeen.

This book adds a fresh and innovative series to the mix of thrillers out there, with an original storyline and an unpredictable plot.

I always dig deep into research for all my books and this one was no exception. Delving into the history of mankind’s ancient civilizations was fascinating to say the least and uncovering the complexity of what was invented in the 4th millennium BC brought new surprises every day.

The startling origins of the Immortals who feature in the series Seventeen will finally be revealed. 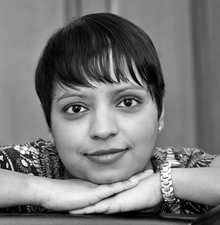 A.D. Starrling is the author of the multi award-winning thriller series Seventeen. Combining action, adventure, science, and a dose of the supernatural, each book is an explosive, adrenaline-fueled read.

When she’s not busy writing and reading, AD can be found looking up exciting international locations and cool science and technology to put in her books, eating Thai food, being tortured by her back therapists, drooling over gadgets, working part-time as a doctor on a Neonatal Intensive Care unit somewhere in the UK, reading manga, and watching action and sci-fi flicks. She has occasionally been accused of committing art with a charcoal stick and some drawing paper.

Find out more about A.D. on her website where you can sign up for her awesome newsletter and never miss her latest release. You’ll also get a chance to read advance copies of her forthcoming novels, have access to sneak previews of her work, participate in exclusive giveaways, and get special promotional offers.