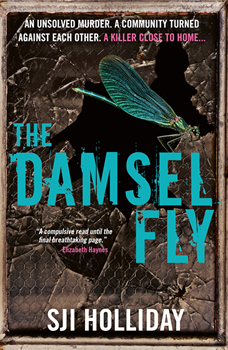 Katie Taylor is the perfect student. She’s bright and funny, she has a boyfriend who adores her and there are only a few months left of school before she can swap Banktoun for the bright lights of London. Life gets even better when she has an unexpected win on a scratch card. But then Katie’s luck runs out.

Her tragic death instead becomes the latest in a series of dark mysteries blighting the small town. The new school counsellor Polly McAllister, who has recently returned to Banktoun to make amends in her own personal life, is thrown in at the deep end as the pupils and staff come to terms with Katie’s death. And it’s not long before she uncovers a multitude of murky secrets. Did Katie have enemies? Is her boyfriend really so squeaky clean? And who is her brother’s mysterious friend?

With Banktoun’s insular community inflamed by gossip and a baying mob stirring itself into a frenzy on social media, DS Davie Gray and DC Louise Jennings must work out who really murdered Katie before someone takes matters into their own hands…

The Big Thrill recently discussed THE DAMSELFLY with author S. J. I. Holliday:

I wanted to explore the effects on the family when a child is murdered and where everyone is automatically a suspect. I’d like readers to think about the complexities of a situation where something can snowball from seemingly nothing in a very short time; where secrets from the past can come back to the present, with devastating consequences.

This is a classic whodunit style mystery, mixed with the elements of a psychological thriller. It covers contemporary issues, including teenage angst, social media, and small town claustrophobia.

What surprised me was just how difficult it is to plot a whodunit! This is the first book I’ve written in this style, where a body is found at the beginning and the purpose of the story is to lead to the identity of the killer. I really enjoyed throwing in the red herrings, and I was surprised that the identity of the killer actually changed three times while I was writing.

It’s kind of based on a true story. But I’ve tried hard not to exploit the facts of that story, as it was a devastating thing to happen in a small town that I know very well. I wanted to explore the effects of what might have happened, had the killer not been caught straight away.

“Multi-layered, fiendishly plotted and peopled by a cast of characters drawn with rare delicacy and skill,THE DAMSELFLY is a suitably gripping and original end to SJ Holliday’s critically acclaimed Banktoun Trilogy.” ~Eva Dolan, author of Watch Her Disappear

“THE DAMSELFLY is accomplished in every way; deftly plotted and ingenious, it explores the devastating effects of the brutal murder of a promising teenager on her friends and the community around her. Sensitively handled, with beautifully drawn characters that you can genuinely care about, it’s a compulsive read until the final breathtaking page.’ ~Elizabeth Haynes, author of Never Alone 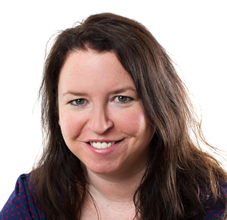 S.J.I. (Susi) Holliday grew up in Haddington, East Lothian. She spent many years working in her family’s newsagent and pub before escaping to St Andrews, Dundee and Edinburgh to study microbiology and statistics. She has worked as a statistician in the pharmaceutical industry for over sixteen years, but it was on a six-month round-the-world-trip that she took with her husband in 2006 that she rediscovered her passion for writing. After abandoning her first attempt at a paranormal thriller, she wrote hundreds of crime and horror short stories before finally sitting down to write the book she was always meant to write. Based on a true-life creepy event, Black Wood is the first of a loosely-linked series set in the fictional town of Banktoun. She lives in London, except when the magnetic pull of Scotland attracts her back, and she can usually be found in cafes, pubs, hanging around at book festivals, and on Facebook and Twitter (@SJIHolliday).