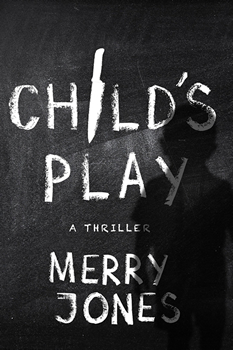 Like many authors, if Merry Jones goes too long without writing, she becomes agitated and irritable. That creative energy needs an outlet, and for Jones, writing is the only way to release it. She writes across the spectrum, from light humor to serious nonfiction to edge-of-your-seat crime novels.

Her Zoe Hayes mystery series, which includes The Nanny Murders, The River Killings, and The Deadly Neighbors, is popular with fans, but her latest novel, CHILD’S PLAY introduces a new protagonist. Elle Harrison is a second-grade teacher still mourning the death of her husband when a series of murders is linked to a former student recently released from juvenile detention after serving time for killing his abusive father.

As a former special education teacher, I was intrigued from page one. The story is engaging and the language evocative, but beyond that, it spoke to that part of me that every teacher knows—the guilty awareness that, no matter how hard we try, there will be students we fail. That’s powerful stuff.

Please join me in welcoming Merry Jones to The Big Thrill.

Thank you for taking the time to talk to us about your new book. Let’s start with a little bit about your writing journey and how you came to be a mystery writer.

Thanks for inviting me!

Suspense has always been my “comfort zone,” probably because I have anxiety and live in a state similar to perpetual suspense. So, I always wanted to write mysteries, thrillers, suspense. That aside, my first books were non-fiction. I’d heard it was easier to get published in non-fiction, and I hoped to “break in” to a writing career that way. Having written a couple of non-fiction books, though, I learned that the entry into fiction wasn’t a simple matter. It took several years and many rewrites to get my first novel published. After that, the road hasn’t always been smooth. I had to change publishers and agents, but kept at it. CHILD’S PLAY is my 12th suspense novel.

You’ve written in a variety of genres and formats. How do you think that versatility affects your crime novels?

I think writing helps writing. The more writing you do—whether stories or journals or technical articles, the more you hone your skills, become comfortable with the process and develop your voice. Dealing with language, sentence structure, idea development—it’s all useful. In my case, my non-fiction books dealt with women’s issues, so the research meant listening to a lot of personal narratives. Their voices later helped me create dialogue and plot. Condensing their stories helped me with editing. Everything you write can help with everything else you write.

You’ve said that all your work deals with interpersonal relationships, particularly their unanticipated aspects. How does CHILD’S PLAY reflect this theme?

The book leads Elle to find out surprising facts about the other characters: her realtor, her former students, her friends and even herself. People often reveal themselves as other than they seemed at first to be, or parts of their personalities don’t emerge until pressed. In a way, the book is an unveiling of characters, a jarring of relationships.

The book involves a troubled boy with a violent history. How do you balance readers’ sympathy for Ty with their horror at what he might be capable of?

I think well developed characters are neither “good” nor “evil.” The best villains are often the most human. Ty is, in fact, very human. As a child, he was abused. And, although he has been convicted of murder, his motives for the killing are understandable—possibly even honorable. Even as Ty is suspected of brutal murders, Elle remembers him as a vulnerable and troubled little boy. Her regrets for not helping him during his childhood make readers see him not just as a killer, but as a victim, and that helps to balance their sympathy for him.

You’ve obviously taken a lot of care in creating this story. What do you hope readers will come away with after reading it?

I love this question. Always, of course I hope readers are satisfied by the resolution of the mysteries. But more specifically, I hope they’ll question their own quick judgments, realizing that appearances sometimes can be misleading and that opinions—even courtroom findings–are not always accurate. I hope they’ll be more sensitive to issues of child abuse. And aware of mental health conditions like dissociation disorders.

Writing a book with that level of emotional complexity takes a lot of time. Yet you’ve amassed quite a body of work during your career. Do you ever get “stuck,” and if so, how do you move past it?

I let it go and let my subconscious work on it. I do something else. I probably discuss it with my husband or a friend. Often, the solution emerges when it’s least convenient—while I’m in the shower or the car. Sometimes it will come to me when I’m falling asleep.

Oh man. It’s endless. I do a lot of tweets, Facebook posts, email. A ton of guest blogs and a month-long intense blog tour. I do store signings, on-line interviews like this one, podcast interviews, Goodreads giveaways, my own newsletter. I participate in conferences, panel discussions. Beyond those direct efforts, I try to build a platform with readers, so that even when I don’t have a new book coming out, we still have a relationship. Also, I try to be part of the writing community, supporting other writers through organizations like the Philadelphia Liars Club and the ITW. Marketing and promotion is, for me, almost as intense an effort as writing the book.

That sounds exhausting, but you seem to be juggling it all well. Before we go, do you have any advice for aspiring and pre-published writers?

Keep writing. No matter what. If you’re a writer, you have no choice. 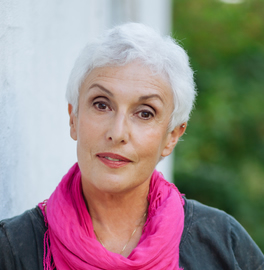 Merry Jones is the author of non-fiction (including BIRTHMOTHERS), humor (including I LOVE HIM, BUT…) and suspense (including the Zoe Hayes, the Harper Jennings and the Elle Harrison novels.) Her work has been translated into seven languages and has appeared in magazines including GLAMOUR, CHILD and AMERICAN WOMAN. Jones taught college level writing for over a dozen years, has appeared on local and national television and radio to promote her work. She is a member of ITW, Mystery Writers of America, The Authors Guild, and the Philadelphia Liars Club. She lives with her husband in Philadelphia.