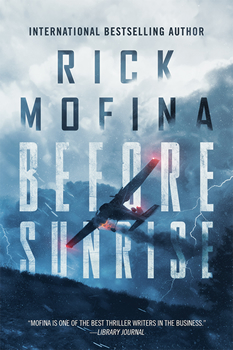 In BEFORE SUNRISE, a short, dark novel, we meet Will Fortin of the Royal Canadian Mounted Police, on patrol in southern Alberta. It’s a lonely region where the sky meets the land on even terms, where the landscape exaggerates or diminishes your place in the world. If you’re lucky, trouble would never find you there. If you weren’t, this was your battleground.

It is here where Fortin experiences the worst any cop can face, the taking of innocent lives when he accidentally shoots two children while responding to a call at a farm involving a gun. His life destroyed, his guilt unbearable, Fortin, a good man, struggles as a haunted soul, aching to redeem himself.

Years after the shooting, Fortin is assigned to escort a murderer to trial in Seattle, Washington. When their plane crashes in the unforgiving Rocky Mountains, Fortin is presented with his last chance at redemption.

Coming in at about the same length as The Old Man and the Sea, BEFORE SUNRISE, is a powerful, heart-wrenching story of love, heartbreak, courage and enduring human spirit.

I hope they will experience an emotional punch from this story.

While this story borders on the darker side of human experience, it is ultimately an uplifting, almost spiritual story of redemption, all wrapped within the context of a thriller.

That above all, character is integral to making a thriller as deeply moving as possible.

That it was inspired by true events.

“Mofina is one of the best thriller writers in the business.” ~ Library Journal 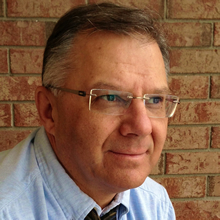 Rick Mofina is a former journalist who has interviewed murderers on death row, flown over L.A. with the LAPD, and patrolled with the Royal Canadian Mounted Police near the Arctic. He’s also reported from the Caribbean, Africa and Kuwait’s border with Iraq. His true-crime freelance work has appeared in The New York Times, The Telegraph (London, U.K.), Reader’s Digest, Penthouse, Marie Claire and The South China Morning Post, (Hong Kong). He has written more than 20 crime fiction thrillers that have been published in nearly 30 countries, including an illegal translation produced in Iran.

The Crime Writers of Canada, The International Thriller Writers and The Private Eye Writers of America have listed his titles among the best in crime fiction. As a two-time winner of Canada’s Arthur Ellis Award, a four-time Thriller Award finalist, and a two-time Shamus Award finalist, the Library Journal calls him, “One of the best thriller writers in the business.”