In times of social unrest, the world often turns to fiction for escape. But for many authors, chaos in the real world can dramatically change what—and who—they write about. That’s never been more clear than now in the still-thriving genre of romantic suspense.

Industry experts have noted significant shifts in themes, issues, and even the archetype of the heroes. Novels that once came out all guns blazing appear to be dodging bullets, family is even more vital than before, and heroes tend to work in professions more geared toward personal safety.

“Several authors have noted that they feel as if they may be glorifying gun use by writing it into books and have asked if they can move on to romantic suspense situations that don’t require the use of them,” says Angela James, editorial director at Carina Press. “This may be something more readers and authors are sensitive to over the coming next few years.”

Perhaps that’s why some editors have seen an influx of stories centered on bodyguards, law enforcement officers, and military personnel. “There is so much danger in the world. Wouldn’t it be nice to have someone guarding your every step?” says Harlequin senior editor, Patience Bloom.

Not surprising then—in these times of political tension—military heroes, regarded as advocates of peace and national safety, are also making a strong comeback. For example, Sourcebooks editor Deb Werksman cites the much-anticipated Wild Ride by Julie Ann Walker, which features a covert operator and former Navy SEAL, a secondary character who’s been hero-baited throughout the Black Knights Inc. series. 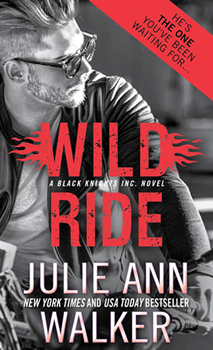 “Military and former military heroes are very hot,” she says. “But credibility is extremely important and difficult to achieve. The world of the military, or of the law enforcement agency, has to come alive for the reader. It’s not enough to slap a badge or dogtags on a hero. The reader has to believe the world-building.”

They have to believe in the protagonist, as well. Sure, feeling safe is important, but editors aren’t looking for damsels in distress. The romantic suspense genre wants fighters and leaders, characters that provide hope and are role models for standing up for what they believe in.

“I pretty thoroughly dislike it when the characters, heroines especially because for some reason it’s heroines who often get the short end of the stick, are written to do dumb things for the sake of plot advancement or conflict,” James says.

Smart suspense is key—and perhaps in need of a make-over given the influence of real-life issues—but in order for romantic suspense to continue to thrive, the romance has to be more important than the suspense.

“I’m looking for that almost otherworldly chemistry between the hero and heroine, right from the beginning,” Bloom says.

And if that romance lends itself to a series without compromising the Happily Ever After—think J.D. Robb’s In Death series—even better.

“I think genre fiction readers have long loved series characters and that doesn’t seem to be something that will change, as long as the character can continue to grow and the author can continue to put them in interesting situations,” James says. “Readers love re-visiting a favorite character, and one of the reasons is because being able to depend on a favorite character delivers a feeling of comfort and satisfaction—a feeling you can trust them to follow through and give you a great adventure.”

With most of the 2017 titles locked and loaded and half of 2018 in the bag, Bloom admits it’s difficult to predict what specific themes might be trending in the future. However, she says her current slate takes a bit of its cue from what’s big in the traditional thriller genres—a focus on family.

“And this may not be family in the traditional sense, but the bonding of people who take care of each other,” she says. “When one is hurt, others rally around that person. I think readers love the sense of community that they get from reading romance. Over the last eight years, Harlequin Romantic Suspense has developed a family-themed series, The Coltons, and readers love them! Another trend we’re finding is our readers can’t get enough babies in our stories.”

And in the romantic suspense sub-genre more so than others under the thriller category, editors admit they wouldn’t be opposed to something a little more paranormal. Which leaves the door wide open for new blood…so to speak.