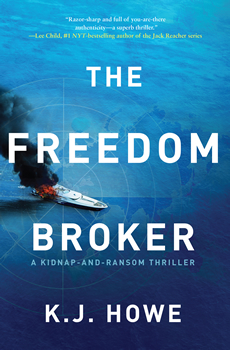 K. J. Howe is a self-proclaimed adrenaline junkie. Growing up with two brothers, Howe admits her dad often treated her like one of the guys. She’s no tomboy, but she wouldn’t blink at the idea of gunning a snowmobile down a cutline at top speed. Oh, and she can rock a pair of stilettos.

In some ways, Howe is a lot like the protagonist of her debut thriller, THE FREEDOM BROKER. The story follows Thea Paris, the world’s only female kidnap and ransom specialist, as she takes on what could be the most personal case of her career—brokering her father’s freedom, a wealthy oil magnate with a laundry list of enemies.

Paris is everything you want, and expect, in an action hero: courageous, charming, and authentic, right down to her flaws. Still suffering the life-shattering aftermath of her brother’s abduction 20 years in the past, Paris must also contend with a much more immediate weakness—her diabetes.

Howe writes with such authenticity that even the American Diabetes Association has endorsed THE FREEDOM BROKER. Howe doesn’t have the disease but it runs in the family, and as a child, she was fascinated by watching her grandfather give himself insulin injections. She also learned a lot about diabetes through her former job as a medical writer.

“Sometimes action heroes can come across as flawless,” Howe says. “But I was concerned with the idea of creating a powerful female character that had both emotional and physical vulnerabilities. I really wanted to write something educational and entertaining.”

Mission accomplished. Howe’s impressive characterization is only one facet of a complex book peppered with believable tactical missions, death-defying feats (including an upside-down Bungee cord fight), and an important message. 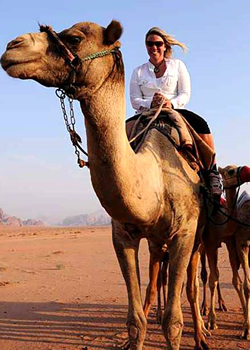 “One of my goals is to bring awareness that there are hostage situations taking place around the world,” she says.

To write this story, Howe had to immerse herself in the world, interviewing dozens of ransom and kidnapping specialists and victims, including Peter Moore, the British IT expert who spent 31 months in captivity after being kidnapped in Iraq.

The more research she conducted, the more fascinated—and informed—Howe became.

“Our natural response to attack is flight or fight,” Howe says. “And those two things are dangerous in a kidnapping situation. Your natural inclinations need to be put aside if you’re going to survive. You have to accept that you will need to ensure boredom, bad food, poor hygiene, loneliness…All of this is controlled by your captor.”

Howe had a lot to learn—and luckily, she was embraced by a community of ransom and kidnapping specialists who are passionate about what they do and not afraid to share stories. In part, perhaps, because she is a woman, but also because “immersion” is something Howe knows a lot about. 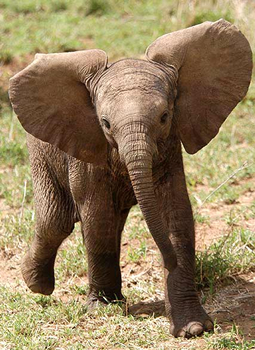 Finding a friend in Botswana

Howe knew from an early age that she wanted to write thrillers, and ever since has surrounded herself with experts of the craft. Take a look at the blurbs on her debut, and you’ll note the likes of industry masters such as Lee Child, Steve Berry, Clive Cussler, James Patterson, Gayle Lynds, Kathy Reichs, and Lisa Gardner. Howe writes with a passion that keeps you turning pages well into the night, but endorsements like that aren’t easy to come by. It helps that Howe is also the executive director of Thrillerfest, the premiere event hosted by the International Thriller Writers’ Organization each July in New York.

“The world is about connections,” Howe says. “I’m so fortunate to have such great friends in the industry. I’ve worked very hard at my ITW job for many years, and I’ve never seen an organization more co-operative and supportive of its members.”

With her debut now out in the wild this month, Howe looks forward to leaning on her peers for some of that support as she dives into the second book of her series, Skyjack. Howe will again put Thea Paris in extreme danger—during a mission to escort a former child soldier to a new family in London, the plan they are on is high-jacked.

Fans can expect that book to drop in February 2018. 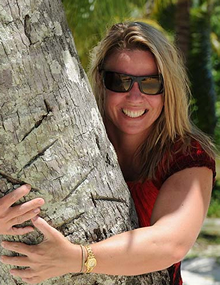 K. J. Howe is the executive director of ThrillerFest, the annual conference of International Thriller Writers. A former medical writer and three-time Daphne du Maurier Award winner, K.J. completed an MA in Writing Popular Fiction at Seton Hill University. K. J. is an avid traveler who has raced camels in Jordan, surfed in Hawaii, and interacted with the great whites in South Africa. K. J. lives in Toronto, but is often missing in action.

To learn more about K. J., please visit her website.