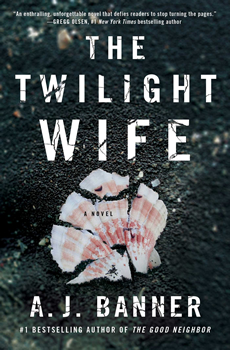 You’re standing at the water’s edge. All your memories have been washed away. You don’t know who your friends are, or who your enemies are. You’re not even sure who your husband is. A character who has lost her memory is a perennial favorite of readers and writers. She could be anyone–hero, killer, adventurer, vampire, or psychopath. In Joy Fielding’s riveting debut, See Jane Run, the protagonist finds herself wandering the streets in a bloody nightgown, with $10,000 in her pocket and no memory of her identity. In The Girl on the Train, the main character suffers from alcoholic blackouts, leading the reader to wonder if she’s a victim–or a murderer.

In my new release, THE TWILIGHT WIFE, 34‑year-old Kyra Winthrop recovers on a northwest island after a scuba-diving accident steals four years of her memory. As flashes of the past return to her, she realizes her entire life is not what it seems. I worked hard to make Kyra sympathetic, different from other amnesiacs in fiction. How did I do this?

Kyra’s a marine biologist by training. She retains most of her procedural memory–the memory of facts and how to do things like walk, talk, and tie her shoelaces–but she has lost her episodic memory, or her recall of specific events in her life. She knows she loved spending time alone, studying sea creatures in the San Juan Islands off the coast of Washington state. She retains fascinating facts about marine biology, but she doesn’t remember meeting her husband, Jacob. 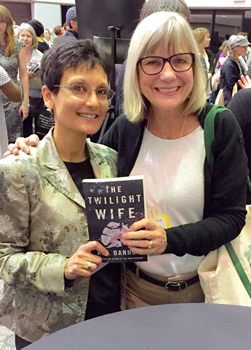 At PNBA’s “Sweet and Greet” event, Banner with Karen Emmerling of Beach Books in Seaside, Oregon.

After her initial stay in the hospital, Jacob whisks Kyra off to Mystic Island, where she once loved studying sea life. This blustery, remote landscape, with its small, tightly-knit community, offers her a welcome escape from the demands of the city. As flashes of a troubling past return to her, the off‑the-grid setting becomes a character, reflecting Kyra’s isolation and turbulent relationships.

Through the Objects Surrounding the Character

Look around you. What do you see? Your coffee mug? Or a wineglass? Your favorite painting? Your computer, piano? Or a guitar? The objects that surround us reflect what’s important to us–and the way we react to these objects further defines us. I surrounded Kyra with specific belongings that define her past–and nobody else’s. The medications in her bathroom suggest her muddled state of mind after her accident. She keeps various seashells on her windowsill, but as a marine biologist, she reacts to them in her own way. Instead of thinking, “Wow, these seashells are so pretty,” she thinks, “These are the former exoskeletons of living beings, remnants made of mostly calcium carbonate and only a little protein.” 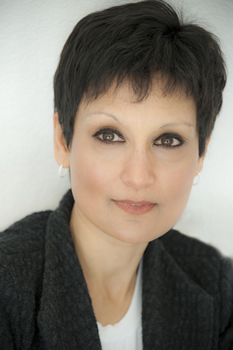 She reacts to her wedding photo with sadness and longing, as she doesn’t remember the ceremony: “The way we gaze at each other makes my heart ache.” On the shelf, her books reflect her profession: Principles of Marine Biology, The Soul of an Octopus, Spirals in Time. Her clothing, in muted colors, suggest her somewhat conservative, withdrawn personality. She seeks solace in memories depicted in photograph albums, in a book of wedding mementos.

Through her Interactions With Other Characters

Kyra’s resilient and inquisitive by nature. Her intellectual curiosity about marine life extends to her own life. She’s resourceful. She hopes her therapy sessions with a psychologist will help jog her memory. But she’s also self-doubting. She wonders if she might not have been loyal to her husband. She wonders if her nightmares might be memories of the scuba diving accident. She visits old haunts and seeks answers from the island residents. Their responses help her to build a complete picture of the person she once was. She’s on a desperate quest for identity and the deeper meaning of her existence. In this sense, perhaps, Kyra is no different from the rest of us.