A Character From the Gut 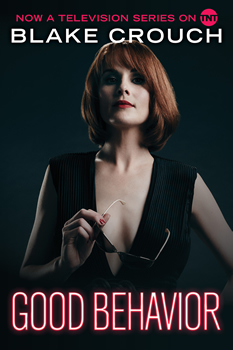 Asking an author to choose his favorite character is a little like asking a parent to name their most beloved child—impossible, and perhaps controversial. But for bestselling author Blake Crouch, who has penned multiple series and standalone novels throughout his diverse career, picking a favorite character comes without hesitation.

Her name is Letty Dobesh, a complex, multi-faceted burglar fresh out of prison, and the lead character in GOOD BEHAVIOR, three interlinked previously-published novellas. GOOD BEHAVIOR is also the title of a new TV show co-written by Crouch for TNT based on Letty, a character he claims literally walked off the page and is by far his easiest to write.

“I just somehow knew what made her tick,” he says. “Maybe it’s because her voice is similar to my own.”

Sharp-tongued, witty, a bit of a smart-ass with an irreverent tone. Crouch admits he’s been able to infuse these familiar personality traits into Letty, giving him the freedom to create a character that is on an intriguing journey to her authentic self.

“She follows her gut,” he says. “Which is part of what makes her true.”

The collection kicks off with Letty up to her old tricks. She’s mid burglary at a luxury hotel when she unwittingly overhears a man hiring a hit man to kill his wife. Rather than go to the police—which would inevitably land her back in the slammer—Letty takes matters into her own hands in an attempt to derail the job. But as with all stories written by Crouch, there is a shocking twist that turns Letty’s good deed into something far more sinister and dangerous than she could have imagined.

In this short story, the reader is quickly introduced to Letty, who may not have the best moral compass, but in her own way is trying to do the right thing—which immediately gives us someone to root for, a reason to reward her “good behavior.” 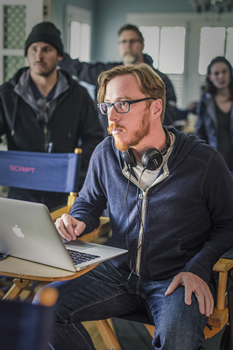 “That’s how we came up with the name for the TV show,” Crouch says, noting that the stories and the show can be watched in tandem without worrying about spoilers. They parallel each other with little deviation. “We’re always being told by society, our parents, or the law about what defines good behavior, but Letty is still trying to figure out what that means for her.”

It’s this journey that makes GOOD BEHAVIOR more of a character study than the traditional thriller for which Crouch is known. In this collection, the “high concept” is Letty herself, and her unique narrative is the driving force behind the plot. But make no mistake, each of the novellas in GOOD BEHAVIOR clips at a great pace and will have you turning pages well into the night—even with, or maybe because of—the personal notes Crouch includes after each story that help to explain how the novellas will be translated on screen.

“I have the unique experience of being able to be behind the scenes,” Crouch says. “I’m fascinated by the process and wanted to share that with readers.”

Crouch includes set photographs—such as pictures of actress Michelle Dockery in the role of Letty—and some insight into how script decisions were made. While much of the TV show closely follows the stories chronicled in GOOD BEHAVIOR, there are a couple of notable differences. Crouch’s notes provide a bit of a heads up, but also help ease readers into the fact that while the show may go on, it’s unlikely Crouch will pen any more books about Letty Dobesh. 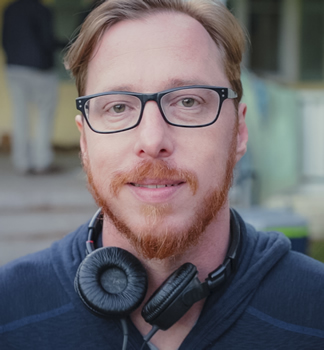 “I feel like I’ve said everything I want to say about her,” he says. “I have a lot of ideas and tend not to go in reverse.”

Not to mention, Crouch has a number of diverse projects on the go. In addition to co-writing the GOOD BEHAVIOR scripts, Crouch is still involved in Wayward Pines, which may or may not have another season, has written the script for his bestselling novel, Dark Matter (which was optioned by Sony), and is working on a new standalone thriller that falls more in that vein.

No spoilers though, Crouch doesn’t delve on works in progress—which, of course, only adds to the suspense!