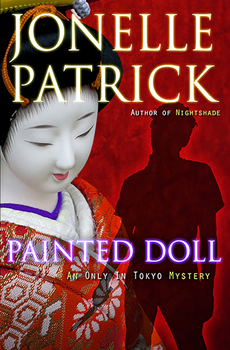 When Tokyo Detective Kenji Nakamura’s phone rings with the news that his mother’s death ten years ago wasn’t an accident, his world begins to unravel. New evidence links her to a young woman, whose body was found dolled up like a movie star and tossed in the gutter like an abandoned plaything. With the help of part-time English translator Yumi Hata, Kenji begins to piece together what really happened the night his mother died. But the closer he gets to discovering who killed the Painted Doll, the more he fears that the truth will destroy all that’s left of
his fractured family.

Not many books are able to step behind the tourist curtain in Japan. This book gives readers a chance to meet the kind of characters they couldn’t get to know without learning the language, and pulls them inside the eye-popping subcultures that are usually hidden from outsiders.

The most surprising thing I learned is that in Japan, when people commit suicide by throwing themselves in front of a train, the train company charges the surviving family members for every minute the line is shut down for the investigation!

I love Donna Leon’s books because she so skillfully makes readers feel like Italian police/political insiders, without a scrap of teachiness. I love Laurie King’s writing because the exotic settings of her Mary Russell books weave in such luscious cultural tidbits and customs. And I love Cara Black’s series set in Paris, because it is such a perfect model of compelling stories built on an equally excellent main character story arc.

“I really love these books set in Tokyo…perfect for a weekend of doing nothing but reading.” -icantstopreadingblog.com 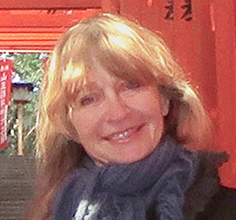 Jonelle Patrick is the author of four Only In Tokyo mysteries. She is a graduate of Stanford University as well as the Sendagaya Japanese Institute in Tokyo. She’s also a member of the International Thriller Writers, the Mystery Writers of America, Sisters In Crime, and the Japanese women’s cultural club, Nadeshiko-kai. Jonelle divides her time between Tokyo and San Francisco.

To learn more about Jonelle, please visit her website.