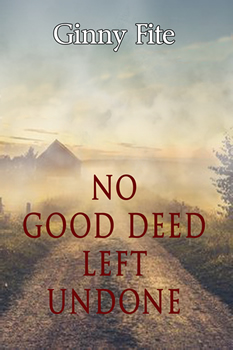 Detective Sam Lagarde of the West Virginia State Police must solve another grisly murder—this time of a lawyer and horseman who bedded every woman he’d ever laid eyes on, swindled anyone he had ever had business dealings with, and ignored and ostracized his children. One person said it was time for Grant Wodehouse to meet his maker. But who?

When Grant Wodehouse went to the barn that fine morning, he had no idea what good, bad, or ugly would happen—saddle a couple of horses, a little S&M with his neighbor, get a pitchfork rammed through his chest, pinning him to the wall…He never expected the latter.

I hope readers will be thoroughly entertained, sometimes moved to tears or laughter, and perhaps provoked to think about the ways in which we are careless with the people we love.

The Detective Sam Lagarde books are “many-voiced” stories that allow the reader to work with the detective to figure out who the killer is. Seeing into the minds of the killer and victim, the reader becomes a partner rather than a mere observer.

There is nothing “procedural” about attending a dead body and attempting to balance the disruption to society caused by a murder by finding the killer. Every murder causes a rift in the fabric of the universe that cannot be stitched up with the facts of its cause or the identification of the perpetrator.

Prescription drug addiction is a major public health and safety issue in West Virginia, as it is all over the U.S. It affects every strata of our society, but only when there’s an outbreak of overdoses does the problem find its way into headline news. Rarely, do we get a glimpse of what happens to a family when one member is hopelessly addicted.

These writers delve into not only who did a murder but why and how detecting affects the detective, who is not sealed in some protective cellophane wrap that keeps all contagion at arm’s length.

Ginny Fite is an award-winning journalist who has covered crime, politics, government, healthcare, art and all things human. She has been a spokesperson for a governor and for a member of Congress, a few colleges and universities, and a robotics R&D company. She has degrees from Rutgers University and Johns Hopkins University and studied at the School for Women Healers and the Maryland Poetry Therapy Institute. She resides in Harpers Ferry, WV.  Cromwell’s Folly was her first Sam Lagarde mystery/thriller set in Charles Town, West Virginia.

To learn more about Ginny, please visit her website.