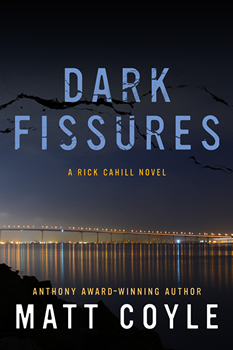 Private Investigator Rick Cahill fears the next knock on his door will be a cop holding a warrant for his arrest. For murder. La Jolla Chief of Police Tony Moretti is convinced Rick killed a missing person. No body has been found, but the evidence that’s piling up says murder and it all points to Rick. With Moretti on his tail and the bank about to foreclose on his house, Rick takes a paying case that will stave off the bank, but pits him against Moretti and the La Jolla Police Department.

Brianne Colton, a beautiful country singer, is convinced her estranged husband’s suicide was really murder. Rick is unconvinced, but the mortgage has to be paid. Each new piece of evidence convinces him she’s right. He breaks his number one rule and falls for Brianne, even as he begins to question her motives.

As Moretti cinches the vise tighter, with Rick unable to trust the FBI, evil forces emerge from the shadows who will do anything, including torture and murder, to stop Rick from uncovering the truth.

An enjoyable read. A greater sense of who Rick Cahill is, but to still have a few questions about what makes him tick. To put themselves in Rick’s place and wonder if they’d make the same decisions he did.

Although the book has a lot of action, it also serves as a character study. I hope I was able to keep a nice balance between action and character. That’s what I look for as a reader. I hope my readers do, too.

Decisions have consequences, no matter how small. Rick Cahill has never been able to escape the repercussions of any of the choices he makes. Readers will get to spend some time on Coronado Island in San Diego.

Raymond Chandler and Ross Macdonald were influences since I was a teen. I liked the way Philip Marlowe and Lew Archer lived by their own codes and distrusted powerful institutions. Rick Cahill is a direct decedent of that lineage. Robert Crais and T. Jefferson Parker are contemporary influences. Character always comes first in their works. 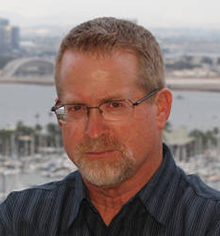 Matt Coyle knew he wanted to be a crime writer as a child when his father gave him THE SIMPLE ART OF MURDER by Raymond Chandler. His debut novel, YESTERDAY’S ECHO, won the Anthony Award for Best First Novel, the San Diego Book Award for Best Mystery, and the Ben Franklin Silver Award for Best New Voice in Fiction. His second book, NIGHT TREMORS, and was an Anthony, a Shamus Award, and a Lefty Award finalist, and a Bookreporter.com Reviewers’ Favorite Book of 2015. DARK FISSURES is the third in the Rick Cahill crime series. Matt lives in San Diego with his yellow Lab, Angus, where he is writing the fourth Rick Cahill crime novel.