Returning to an Early Love 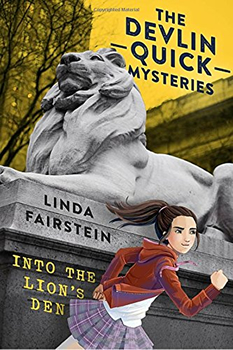 Linda Fairstein is best known for penning bestselling thrillers that combine her past life as a former prosecutor with her passion for crime writing and a deep-rooted love of The Big Apple.

But with her latest release, INTO THE LION’S DEN, Fairstein takes readers back to her youth to another love that inspired this first book in a new thriller series—for middle grade readers. Her young protagonist is a precious, precocious pre-teen with a love of classic literature and an insatiable curiosity, much like the character after whom she is loosely modelled, Carolyn Keene’s Nancy Drew.

“I often say that Nancy Drew gave me two careers,” Fairstein says. “Her ability to solve crimes inspired my interest in law enforcement because I loved the idea that a young person could do that. And reading the books made me want to become a writer. I became attached to the characters. I wanted to ‘run’ with Nancy Drew.”

For years, Fairstein had been teasing her agent that she would someday write a series that would provide today’s young readers a character with whom they could identify, someone they could attach themselves to, and look forward to reading about. That character is Devlin Quick.

“I want Devlin to do for kids now what Nancy Drew did for me then,” Fairstein says, noting that she is not alone in her love for the character—strong women around the world, including the likes of Hilary Clinton, have been inspired by Nancy Drew’s sleuthing.

INTO THE LION’S DEN begins as someone steals a page from a rare book in the New York Public Library. At least, that’s what Devlin’s friend thinks she sees—but no one, including Devlin’s mother, the NYC Police Commissioner, believes them. Courageous Devlin embarks on an investigation to gather the evidence and prove her friend was right, putting herself in precarious positions that could be dangerous if the target readership was different.

“I never want to write anything that will keep a parent up at night,” Fairstein says, which is of course, in sharp contrast to the thrilling books she writes for adults. “I want to write for kids the kinds of books that remind me of how I remember Nancy Drew.”

Which is the primary reason Fairstein steered clear of the young adult market, choosing to keep the themes and issues lighter, the characters’ motivations at their purest form, and the “scares” securely on the safe side.

This is only one of the many very deliberate decisions Fairstein made while crafting this series. Devlin’s mother is the city’s police commissioner, a job Fairstein once applied for. Sadly, she was laughed out of the mayor’s office, and told that the position wasn’t fit for a female.

“That was in 1989, and we still have not yet had a woman in the role of police commissioner,” Fairstein says. “At least we can have that in fiction.”

Fairstein was also careful to build a family dynamic that would provide Devlin with the support she needed for her adventures. Though Devlin’s mom is single with a heady career, the mother-daughter bond is strong, and the supporting cast are solid—and diverse—role models. 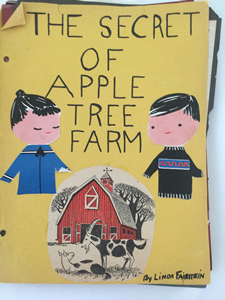 “Family dysfunction is not something I planned to take on,” she says. “I draw very much on my own relationships, and I had a very traditional family growing up.”

These kinds of writing decisions have only enriched the middle grade experience for Fairstein, who says she writes these mysteries with a smile on her face, as she guides Devlin and her friends through adventures that explore history, classic literature, and suspense in a way that is fun and somewhat freeing.

Fairstein is near-finished writing the second of the three-book (so far) series, Digging for Trouble, in which Devlin and another friend will volunteer at a dinosaur dig in Montana, and uncover mysterious bones that lead them back to New York in search of evidence that will solve the mystery of their origins.

Heartfelt, fun, and penned with Fairstein’s trademark skills, INTO THE LION’S DEN is a fantastic detour from her thrilling adult work. No doubt readers of all ages will be itching to see where she takes Devlin next.