Why We Never Tire of  “Saucy Jack” 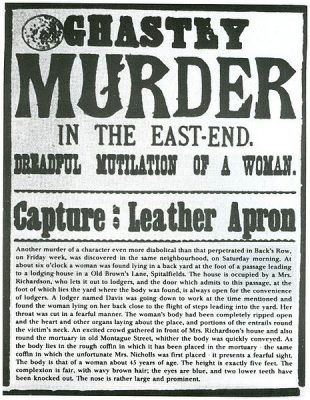 It’s been 128 years since the East End was terrified by a sadistic killer who mutilated prostitutes and, in the midst of his reign of terror, signed his taunting letters to the London newspapers “…From Hell.” But in some ways it seems like yesterday.

Otto Penzler, the award-winning editor of anthologies on everything from Sherlock Holmes to zombies, has compiled an impressive new book, The Big Book of Jack the Ripper.

This anthology of true crime essays, previously published stories, and new fiction from bestselling authors such as Jeffery Deaver, Stephen Hunter, Lyndsay Faye, and Loren D. Estleman,  weighs in at a whopping three pounds and rounds out at just under 1,000 pages—each thrilling line dedicated to the most infamous serial killer in the world. The book also includes Jack the Ripper’s alleged letters, eyewitness statements, an d breaking newspaper accounts.

“When I finished the Sherlock Holmes book, I thought I was done—I had nothing else in mind,” Penzler says. “I can’t even tell you how Jack the Ripper came into my head, but my brain began wandering off…”

And the result is a weighty tome of compelling stories that will satisfy not only the most dedicated Ripperologist, but also the millions of people that remain fascinated—if not disgusted—by what Penzer describes as “one of the most singularly vile creatures ever to degrade the planet.”

In his insightful introduction, Penzer writes, “While the world has had no shortage of murderers, with Cain wasting no time in getting humanity started on its bloodstained path, none has imposed himself more on the public consciousness as indelibly as Jack the Ripper.” 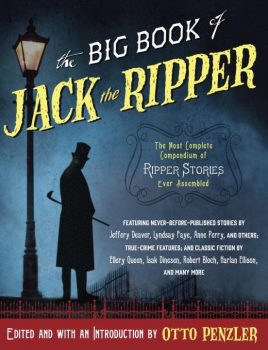 There is little consensus on all of the facts about that fateful Autumn of Terror, but experts and would-be sleuths alike can all agree that “Saucy Jack” committed his killings during a relatively short period of time in 1888. So then why, after more than a century, does this monster continue to hold a place at the top of the public’s radar?

“The Ripper case was the perfect storm of murder, sex, terror, and mystique,” says Laura Joh Rowland, author of the forthcoming Victorian mystery, The Ripper’s Shadow. “The fact that it’s still unsolved adds to the fascination.”

Not to mention the hype the murders received back in its era, when London had 40 newspapers each warring for the public’s attention. “The headlines got worse and worse,” Penzler says. “ ‘Ripper Strikes Again! Woman Hacked to Death!’ ”

And more often than not, the murders were described with explicit gore, the details of which Penzler tried to keep to a minimum in his anthology, not necessarily for the sake of the reader, but to ensure he could “shake” the images evoked by each vivid account.

“I’m very squeamish about real life crime,” he says. So in order to make the cut for The Big Book of Jack the Ripper, Penzler vetted more than 100 essays and stories with a careful—and somewhat subjective—eye. “I have to like the story, but I will cheat sometimes if there is something of historic significance that must be included.” Or perhaps something quirky such as the mercifully short essay written by A.A. Milne (best known for his Winnie the Pooh characters) that made it into The Big Book of Sherlock Holmes.

Inspired by some of the non-fiction accounts of the Ripper crimes, Penzler made the decision to include a blend of truth and fiction—a first for his “big” books. Luckily, the authors of the new fiction required little arm twisting for their contributions. 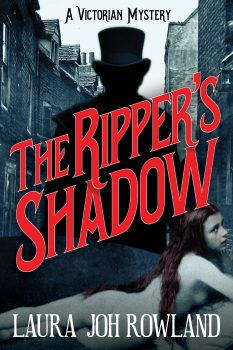 But with so many Ripper tales in the world, new stories and new novels require an original spin, such as the case with Rowland’s intriguing January 2017 release.

Young adult author Kerri Maniscalco takes it even darker with her debut, Stalking Jack the Ripper, the story of Audrey Rose, a teen who slips away to her uncle’s laboratory to study the gruesome practice of forensic medicine—and finds herself on the trail of a killer believed to be the infamous Jack.

“Unsolved crimes and history have intrigued me since I was a teen,” says Maniscalco. “I was fascinated by the Ripper case in particular because of the mystery that still surrounds it. There are so many theories and suspects, and as a writer it’s a wonderfully blank canvas for creating your own backstory.”

She explains, “Audrey Rose often struggles with her passion for studying the inner workings of the human body and society’s opinion on it. During that time frame, forensics and cutting into a corpse were considered to be desecrating the dead. Which was blasphemous for a man to do, let alone a young lord’s daughter. She won’t be deterred from her chosen path, but doubt sometimes crops up if she allows herself to think about her dark deeds. On the outside she might appear to be on the same path as Jack, but Audrey Rose knows there are lines she won’t cross for science or discovery. Which is what ultimately separates her from the Ripper.”

Like Penzler and Rowland, Maniscalco pored over actual Ripper case files and studied notes from the forensic team taken during the autopsies. 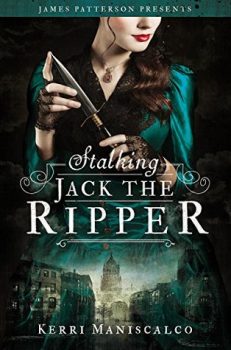 “One of my favorite parts in Stalking Jack the Ripper is when [Audrey Rose’s] uncle, a brilliant forensic medical examiner, has his own theories that cannot be proven by medical professionals, but are practices and truths we know today,” she says.

It is perhaps this lack of technological advancement that has allowed the Ripper crimes to remain top of mind for more than a century, but even if he’d been caught, Rowland, for instance, isn’t sure that would have ended the world’s fascination with him.

“No matter how solid the evidence, it would be hard to get everyone to agree that the person identified as Jack the Ripper really was the culprit,” Rowland says. “This is a debate that’s been going on for more than a hundred years, and I predict it will go on for quite a while longer.”

As will the trend of creating fresh content from this old—but seemingly timeless—material.

“These things come and go,” Penzler says. “There will always be ups and downs within a sub-genre. Ripperologist magazine has been around for a long time, and people have been writing about Jack forever. Is it more prevalent now? I guess only time will tell.”