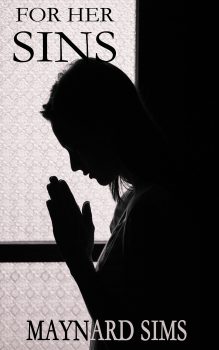 The murder of a young nun would raise eyebrows during any time period, but is especially combustible in the late ‘50s, on the cusp of one of the most tumultuous decades in history. It’s December 1959 and Detective Jack Callum and his colleagues must discover the truth as the shadow of guilt falls on a local and dashing priest.

The case is a lightning rod for the small English town, mobilizing the local leaders and regular folk to speak out against the crime. The added attention only piles on the pressure on Callum: this case has to be solved, and quickly. Then the post-mortem results arrive, and the entire neighborhood is left spinning.

So begins FOR HER SINS, Maynard Sims’s third Jack Callum novel and perhaps her most taut and fast-paced. Unafraid to explore the complex and controversial, FOR HER SINS pulls back the curtains on Callum’s home, and what’s revealed causes more violence to erupt.

Callum’s sharp intellect and old school values take center stage in the book, which is smartly set in a time before forensics were able to reveal every minute detail of a crime. Sims (the pen name of co-writers Len Maynard and Mick Sims) manages to weave issues that are not only vibrant for the time but also extremely relevant today to create a compulsively readable mystery. We had the chance to chat with Mick Sims about the latest Callum book over email.

How would you describe the Jack Callum crime novels to a newcomer?

They are an ongoing series of crime novels set in the England of the 1950’s, moving into the 1960’s. They all feature Detective Chief Inspector Jack Callum, his family and his team of colleagues. They all have the twin focus of hard to solve, often violent crimes, and the developing family life of Jack and the changing morals and attitudes of the post War period.

What inspired the books, and what can you tell us about the latest installment, FOR HER SINS?

Although they are Maynard Sims (two authors) books, each is actually written by Len Maynard with some additions / revisions by Mick Sims. Len was born in the 50’s and finds the period creatively stimulating. The lack of modern technology which means the detective work has to be done the old fashioned way suits his style of crime writing.

FOR HER SINS is set in a Catholic children’s home run by nuns. Len’s father died when Len was three but he worked in such a home having converted to Catholicism. The story is fact based – apart from the murders of course!

Set in a freshly out-of-WWII world, the books are as much about the mystery of Jack’s life and the time period. Why is that framework so interesting to you as a writer?

As noted, Len has a great love for the period. His early memories have shaped his life and he finds it a good time period to write about. The books can all be read as standalones but read in sequence they form a story arc that shows the development of Jack and his family. They also mark the rapid changes that took place in people’s lives. Homosexuality was illegal, women had no equal place in the world and young people were beginning to gain a voice.

How has Jack developed over the series and what makes FOR HER SINS unique and essential?

As each books narrates a different crime, most often a murder or two, a constant is Jack and his views of the world around him. He has survived the War as a soldier and now has strong views on crime and punishment. Against that he has to adapt as his family – wife and three teenagers – start to spread their wings.

FOR HER SINS – the third book in the series – deals with the place of women in society. This is done through a female police officer and her attempts at promotion, and also with Jack’s wife and daughters seeking greater autonomy and a louder voice. Another strand is that of domestic violence and the police’s attitude to it at the time.

The role of the Catholic church has often been discussed and is often controversial – can you talk a bit about that, the role it plays in the new novel and why you wanted to write about it?

The reason Len included it as a setting is due to his father’s conversion and the influence the church had in his life. In a world that had strict morals at the time the church was a prime instigator of the moral compass. The crimes Jack has to solve are against the members of the church but may not necessarily be committed because of the people’s faith. It may well be outside influences – perhaps ones that a stricter enforcement of morality could prevent.

The 50s are a key decade for women – specifically in terms of moving away from the perceived homemaker role and into the workforce. Was it important for you to recognize and show that in this book?

Absolutely. Len wanted to show how times have changed. Music, young people, sexuality, equal rights – all were being changed and the place of women was at the forefront of that change. There was huge resistance to women moving out of the kitchen and into the workplace and how (in the main) men reacted to it is documented in the books.

Jack sees his own wife take a job, and begin to make decisions in the home that were traditionally the man’s domain. His daughters have to manage the painful path of growing up, and with the added burden of a revolutionary world Jack has to manage his upbringing with his innate sense of right and wrong.

Music is a key part of the time period and the story. Are you a big music fan? What are some of your essential records?

Len is a huge music fan. Each book now has a Links section at the back so readers can find the music tracks written about. Jack’s son is beginning a music career and that helps chart the ways in which the England of the time was changing and changing fast.

The music of the 50’s was beginning to be taken over by the burgeoning pop music of the 60’s. Len (and Mick) lived through the skiffle boom on to the beginnings of British rock and roll (a pale imitation of the US kind) through to the birth of the Beatles and all the other groups that emerged. Each new record was an event that marked a gradual change in public perception. Since that time the interest is as keen as ever.

Can you talk about your writing process? Do you outline heavily? What are revisions like?

With the Jack Callum books Len writes them all and keeps detailed character notes to maintain continuity There are no outlines – the book flows out with minimum deliberate planning. Each book takes about three months to write to the length the publishers like which is about 65000. He reads through, having revised as he goes along, and makes any changes he wants. He then passes the book to Mick who reads through. This is for typos and grammar and continuity errors. With the first book, No Evil, when Jack was finding his voice, Mick added a couple of chapters to flesh out aspects, and moved some others around. The publishers then edited fairly heavily, mainly for pacing, until we had a finished book. With Prime Evil and For Her Sins the revisions were minimal, both from Mick and from the publishers. The as yet unpublished fourth book, Deadly Ambitions, required no copy revisions at all. 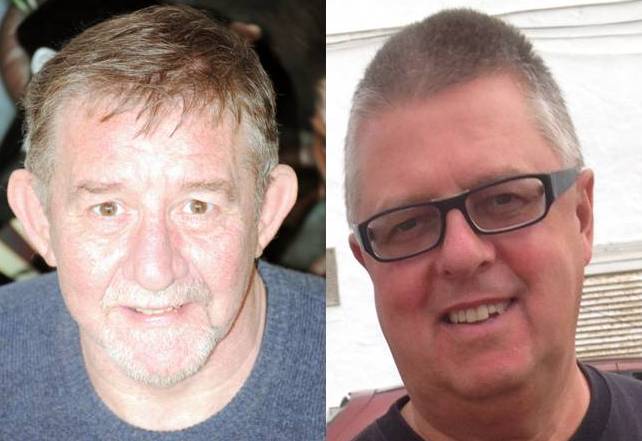 Maynard Sims are the joint authors of numerous novels, including the Jack Callum series, the Bahamas series, the Department 18 series, and many standalones. They have ten collections of stories, several novellas, as well as over thirty edited works.