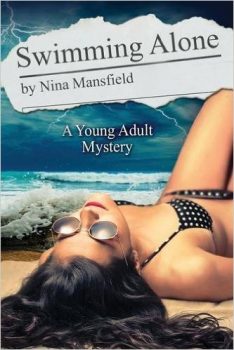 I’m jealous of Nina Mansfield, in part because she just moved into a writer’s dream house in Connecticut, complete with stained glass windows, a wraparound staircase, and some eccentric neighbors that will help fuel future creativity. For a few minutes, Nina stopped unpacking to talk to me about her debut novel, SWIMMING ALONE, as well as her upcoming second book and graphic novel.

Tell me about your sweet new house. Is it a good place to write?

It’s a total mystery writer’s house. It’s a little creepy, and we have strange things happening. We clearly have a cat that keeps coming back to leave us things, like a dead bird and a regurgitated mouse on the front step.

You started out as a playwright. What kinds of plays do you write?

I write short, ten-minute plays. Those tend to be really quirky, romantic comedies, usually with one very strong female character who’s a bit out there. I have one going up at the Edinburgh Fringe Festival, “Clown Therapy,” that’s about a woman who’s married a clown, and four years later, she realizes that he’s just a guy in a clown costume, and not actually a clown. They’re in couple’s therapy.

I love that [laughing].

So, those things aren’t thrillers. The closest I ever got to that in my plays was the history of the guillotine. But it was a comedy. 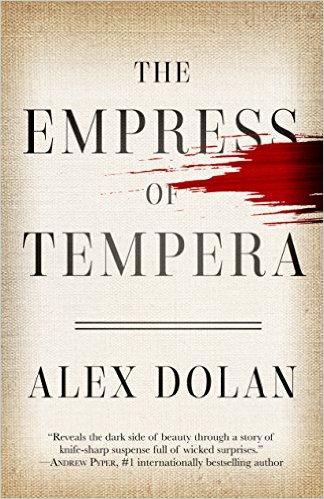 Do your novels bring out another facet of your writing?

They do. The dark thrillers seem to come out more in fiction for me. It takes a lot longer for me to write novels too. The short plays can take forty minutes to write. The novel I’m finishing now took me five years. You must go through that. You write music, right?

I do. It’s a much different experience for me. I love being able to have creative control over what I’m writing, where music was much more collaborative, and it was ultimately more about the performance. Did you ever feel that your plays were as much about the performance as the writing?

Not with plays, but I was a professional actress in a previous life, although not a very successful one.

Were you in anything I could see?

My biggest part was in an indie film, but you can see me briefly in the Samuel L. Jackson version of Shaft, and I was an extra in Mona Lisa Smile. And I had to pick my nose in a Ryan Adams music video, but the video never aired, and that was my big moment! Right when I stopped acting, they called me to audition to be a dead body on Law & Order.

It’s been my fantasy to be a dead body in a movie, because it only requires the ability to stay still, and I think I could nail that. I had a Law & Order moment in New York, where I stumbled across a dead body when I was jogging in Riverside Park.

The writer part of me is jealous.

SWIMMING ALONE came out last year. How have things changed for you as a writer?

I’m realizing how much time it takes to write and promote the book. And I’ve had to learn to let the first book go and move on to the next project.

I have a graphic novel that’s being serialized online soon. It’s called FAKE ID: BEYOND RECOGNITION, about a seventeen year-old who walks into a bar with the wrong fake ID and ends up getting chased down by the Russian mob and breaking up a human trafficking ring. It’s set in New York, but I give the city a different name, Transpolis, so I could have flexibility to play with time periods and locations and make the place my own. Also, I’m working on my second book, which is a paranormal romance.

Nina Mansfield is a Connecticut-based author, playwright, blogger, teacher and mother. Her debut young adult mystery novel, SWIMMING ALONE, was published by Fire & Ice YA in 2015. 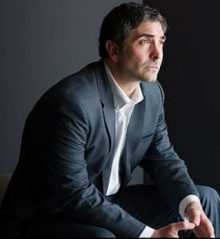 Alex Dolan is a writer and musician based in California. His first book, THE EUTHANIST, is published through Diversion Books and represented by the Sandra Dijkstra Literary Agency. His second book, THE EMPRESS OF TEMPERA, was published in September 2016 by Diversion Books.