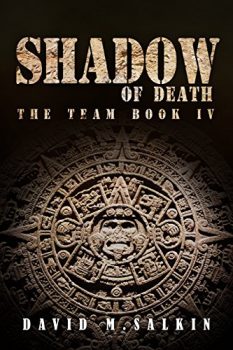 The Team books are espionage/military thrillers, but they also contain plenty of action and adventure. Combine that with a cast of characters that reminds you of your friends in the military, and you have full-emersion into interesting places and exciting plotlines.

Although book one was based on a real covert CIA mission run in Vietnam, the stories are all fictional. The stories always revolve around real-world news and contemporary headlines. I think that makes readers feel the stories are more immediate and plausible, which makes them more believable and a little scarier.

So far, The Team series has taken us to Qatar and Saudi Arabia, the jungles of the Tri-Border Region of South America, and the Democratic Republic of Congo. Where does book four take place?

SHADOW OF DEATH opens in the Syrian Desert, obviously a hot spot in the world. It is here that deep-cover agent Apo Yessayan hears Spanish being spoken, and realizes that ISIS is dealing with the Mexican drug cartels. It’s not far-fetched. Drugs from Afghanistan go through Syria to get to Mexico, and then end up in the USA. With the current war going on in Syria, the drug trafficking has been interrupted. In recent news, the cartels have threatened to “take on ISIS themselves,” but we all know that’s blustering machismo. In real life, they don’t have fully mobilized armies and they’re much more likely to just cut a deal—drugs for cash and ammunition. ISIS has plenty of weapons, but they’re always looking for more ammo. So, while the story opens in Syria, most of the action takes place in Mexico.

Would you say that your stories tend to reflect your interest in world politics and how you think U.S. foreign policy should be handled?

As a storyteller, I try to paint a little bit of both sides of arguments and interests. That said, I’m a pretty outspoken, patriotic guy. I bleed red, white, and blue. It gets difficult sometimes to remain neutral when I see so much going on in the world that infuriates me. I think my characters get to say things that I often think myself, and I hope the scenarios I paint cause readers to think about the world in which we live as well as current foreign policy. Even when I offer the perspective of the “other side,” usually enemies of the Unites States, I think readers will understand their motivations are not in the best interests of most people in the world.

My first novel, Crescent Fire, published by Penguin Books, was my vent after 9/11. I knew folks in those buildings and in one of the planes, and I could smell the “towers burning” for days after, sixty miles away in New Jersey where I live. That novel helped me work a lot of anger out of my system. And then I wrote Necessary Extremes for Penguin, which was total fiction when I wrote it in 2005—about Iran getting a nuke. The book is timelier than ever now. I just wrote it ten years too early. Even Hard Carbon, written in 2004, was total fantasy when I wrote it, about the Russian mob using computers to hack into the world’s banking systems. Back in 2004, we didn’t even use anti-virus software on our PC’s. Who would try and get into your computer? Today, the story seems like “just another news story.” When I wrote it, it was a decade early as well.

So you are able to predict the future?

I wish I could laugh harder about that, but the stories I write have a habit of becoming nonfiction. And I don’t write a lot of “everything-is-great stories,” so it’s a bit troubling! I do think the world is a bit of a mess right now, and we need much stronger leadership from the U.S. and our allies to put an end to much of the violence we’re seeing. There are no easy solutions, that’s a certainty, but I think our lack of leadership has allowed a lot of small problems to become huge ones.

You’re a public figure. Don’t you worry about being politically correct?

In my public life as an elected official, I try to avoid offending folks. At the same time, I’ve always spoken my mind and been very direct. I may not always give you the answer you want to hear, but you’ll always know exactly where I stand. While not everyone will agree with all of my viewpoints, I do think folks appreciate my candor and respect me for that. I’ve been re-elected each term since 1994, so I think our residents do support me. I’ve always felt that serving at the local government level was a patriotic thing to do, and a way to make America better, one small town at a time.

In my books, I say and do whatever I want. If I anger or offend a reader, I wouldn’t say it’s necessarily a bad thing—it means my writing caused some type of reaction. Writers want to make their audience laugh, cry, groan, get angry or happy, have a nightmare, something! And I would hope that readers can separate my writing from my government service. It’s fiction, folks!

Thanks for talking with ITW! 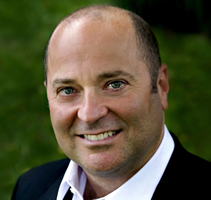 David M. Salkin is the author of twelve published thrillers in various genres, including military espionage, crime, horror, science-fiction, action-adventure and mystery. His books have received Gold and Bronze medals in the Stars & Flags book awards, and David has appeared as a guest speaker all over the country. David is an elected official in Freehold Township, NJ where he has served for twenty-three years in various roles including Mayor, Deputy Mayor, Township Committeeman and Police Commissioner.  When not working or writing, David prefers to be Scuba diving with his family. He is a Master Diver and “fish geek”, as well as a pretty good chef and wine aficionado. Some of his famous recipes were perfected in the parking lot of Giants Stadium.

You can learn more about David M. Salkin by visiting his website here.