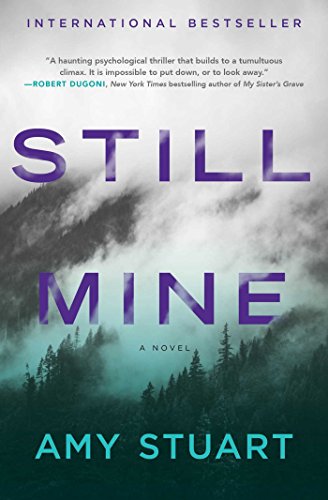 Hard-boiled detective fiction and domestic suspense are two genres that, at least historically, have rarely intersected. With some notable exceptions, the former has long been the province of macho, lone-wolf antiheroes; the latter, by contrast, is dominated by protagonists wrestling with relationships that bind to the point of suffocation.

But the most exciting genre writers delight in obscuring or altogether obliterating such distinctions, and that brings us to Amy Stuart. With her debut novel, STILL MINE, Stuart has delivered a powerful thriller that blurs the lines between the hard-drinking detective and the fragile abuse victim. Stuart’s protagonist is both, and the novel is just as concerned with unraveling the mystery of her past as uncovering the fate of the missing woman she’s trying to find.

STILL MINE centers on Clare, a woman who has carefully engineered her own disappearance. Fleeing from her husband, Clare arrives in the insular mountain town of Blackmore on the trail of Shayna Fowles, another woman who has vanished under mysterious circumstances. As Clare uses her resemblance to Shayna to endear herself to Blackmore’s secretive, often violent residents, she’s forced ever closer to revealing – and perhaps succumbing to – her own demons.

Stuart is part of a new breed of thriller writers who have internalized the seismic shifts in crime fiction’s post-Gone Girl landscape. In her first Big Thrill interview, she talks about her road to publication, marrying two genres that have rarely even been on speaking terms, and crafting a thriller that’s equal parts page-turner and character study.

STILL MINE had an interesting genesis in a writing marathon. Can you tell us a little about your path to publication?

I started the novel at a writing marathon and wrote fifty pages in a weekend. At the time, I was working on my MFA and needed a thesis project. I was leaning towards a short story collection, but then this thriller sort of poured out of me at the marathon and I was eager to keep going with it. My thesis advisor was happy to oblige.

It took me about a year to write a full draft, during which time I won a short fiction contest. That win landed me an agent who was keen on my burgeoning novel project. It was another year of rewrites before the book went on submission, and I was lucky that Simon and Schuster Canada was interested right away. When the book showed a lot of early buzz in Canada, a US publisher jumped on board. It landed on the bestseller list the week it was published in Canada and has remained there for four straight months, so it feels like it’s gaining steam prior to the US release, which is wonderful.

In this whole process, what’s amazed me most is how unbelievably skilled and generous and dedicated everyone I’ve worked with has been, from my editors to the publicists to the marketing team to the booksellers. I see their unwavering commitment as a very heartening indicator of the health of the book industry.

After you marathoned those first pages, what was your writing process like? Did you outline the rest, or stick with the spontaneity of that first chunk?

There were a lot of fits and starts. This was my first novel, and I think I underestimated the complexity of plotting required to effectively pull off a book with a strong mystery element. I knew the ending all along, but in hindsight I might have benefitted from mapping my route a little more clearly to save myself wandering down the wrong paths as frequently as I did. But I also think that those meanders off track are an important part of the writing process, because they might teach us something about our characters we wouldn’t have otherwise learned.

You also won the Writers’ Union of Canada’s Short Prose Competition for Developing Writers. Can you offer any advice for other writers on using contests to hone their craft and build their careers?

There are a lot of differing opinions on writing contests, but I think they can play an important and helpful role in an emerging writer’s career. That was certainly the case for me. My advice to writers is to do research on contests and the literary magazines that run them, because there’s a niche for all genres and for stories or even novellas or novels of all shapes and sizes. Target contests that best suit what you write and submit your very best effort. Most importantly, never rule out the smaller literary magazines. Often their contest entry fees come with a yearlong subscription, and the number of entrants is likely lower, increasing your chances of making a shortlist or even winning. Writing obviously is about way, way more than winning contests, but they can have a place in the process. Early on, I kept my writing life motivated and organized by working to meet specific contest deadlines. There was a lot of rejection, and finally a win that launched my career.

The protagonist of STILL MINE is as much a puzzle as the mystery she’s trying to solve. How did Clare take shape for you?

A big part of writing STILL MINE was about building Clare. With each new draft, I tried to layer in more depth to Clare’s history and to her personality. I also worked on the puzzle element, on not giving the reader all the details right away. I wanted her to be a bit tough to figure out. I wanted the reader to question her motives and her actions. A major goal for me all along was to create a complex female character full of strength but full of foibles too. As I think many writers will say, once you’ve built a character up enough, they spring to life on the page, and that’s a wonderful feeling. By the last drafts, I understood pretty well how to stay true to Clare as I wrote.

I understand that the setting came to you before the characters. How did that setting influence other elements, such as character and tone?

By setting the town of Blackmore deep in the mountains, I was hoping to invoke a sense of isolation and starkness. Clare came from farmland and had never been to the mountains before page one of STILL MINE. So they provoke an anxiety in her, and force her to rely on the locals in a way she might not have to do if she were in more familiar territory. The reader learns in the early pages that Clare is looking for a woman who’s gone missing in Blackmore. I wanted the setting to help shape the plot in the sense that Clare understands the mountains to be dangerous to her too. A single wrong turn and she could end up lost herself.

The setting is powerful, and your prose is so evocative. Any tips on bringing a place to life and transporting readers to it?

I start by writing everything I can possibly conjure about a setting. Then the trick is to pare it back so only the most evocative details remain. My wonderful editor’s rule is to start with five points of description then pick the best two to keep. She calls them beats. Over the course of a novel, you might drop in two beats about the setting every page or so, dispensing the details bit by bit. Hopefully the effect is that a strong sense of place develops over time without the reader ever feeling bombarded by too much description at once.

STILL MINE plays with genre in fascinating ways, combining elements of hard-boiled detective stories and domestic suspense. Can you tell us a little about your approach to twisting and melding those conventions?

While I was writing STILL MINE, I read as many of the greats as I could. I tried to study the elements of different thrillers and mystery novels and to really pay attention to how the writers used structure, character and dialogue to move the plot forward and toy with the reader’s sense of what might happen next. In particular, I found books by Dennis Lehane, Gillian Flynn, PD James and Stephen King to be very instructive. These days, I think writers have a lot of leeway in that they can set out to write a thrilling book but play with the methods they use to get there. There’s no set methodology or genre structure that binds us. I love detective stories, domestic noirs and literary novels, and I wanted STILL MINE to have elements of all three.

You’re working on a sequel to STILL MINE. What makes you eager to revisit these characters?

I knew setting out that Clare’s story would not be done at the end of STILL MINE, that her past was something she could only begin to grapple with over the course of a single novel. While STILL MINE is a thriller, at its core I see it as a character study of Clare. I see the next book as an opportunity for the reader to watch her evolve and come to terms with her past, all the while navigating her strange dynamic with Malcolm. As I work away at the second book, these two characters in particular no longer feel like strangers to me, and that certainly makes the writing process fun. They’ve got a long way to go before they’re done. 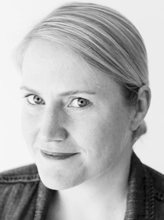 Amy Stuart won the 2011 Writers’ Union of Canada Short Prose Competition for Developing Writers, and was a finalist for the 2012 Vanderbilt/Exile Award. She is a recent masters’ graduate from the University of British Columbia. Amy lives in Toronto with her husband and her three sons.