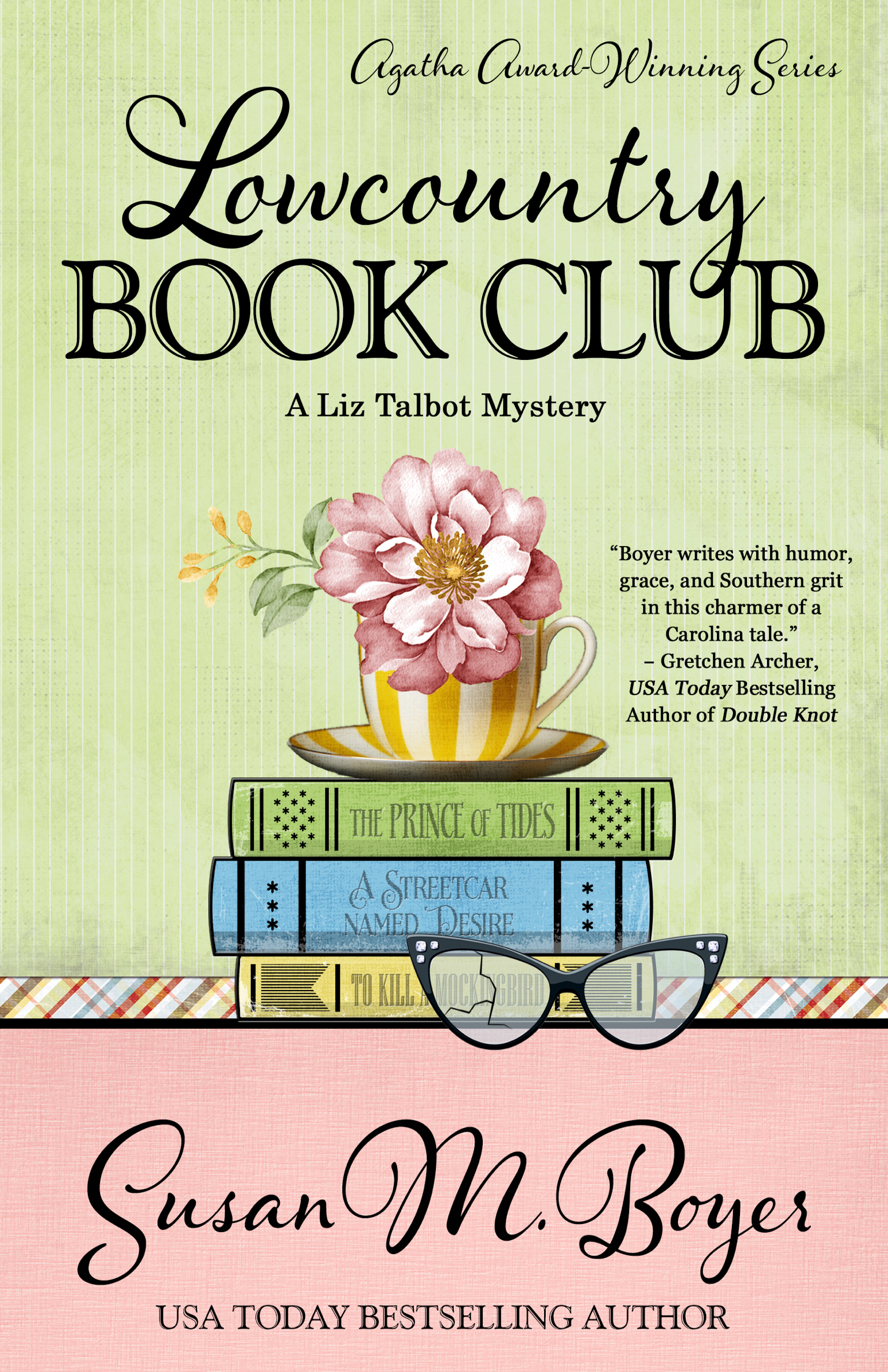 Susan M. Boyer’s Lowcountry romantic mysteries reflect both her childhood love of mysteries and a teenage flirtation with her mother’s romance novels. The fifth in her series, LOWCOUNTRY BOOK CLUB is a charming southern mystery that takes place on a small island near Charleston, SC, an area Boyer knows well. It’s a warm and cozy town, made no less familiar by the fact that you won’t find it on any real-world map.

Boyer describes protagonist Liz Talbot as “a private investigator with a weakness for Kate Spade bags and shoes”—but there’s so much more to her than that. Liz is capable and compassionate. Her relationship with her husband and business partner is refreshingly respectful. Boyer knows how to build tension and conflict without relying on bickering between characters.

This month, Boyer agreed to talk to The Big Thrill about her latest book. Please join me in welcoming her.

Congratulations, Susan! Why don’t we start with a little bit about your writing journey and how you came to be a mystery writer?

Thank you so much—and thank you for having me! I’ve loved reading mysteries my whole life, and have always wanted to write. When contemplating careers and college majors, I couldn’t see a clear path to a steady paycheck writing novels. I didn’t want to major in journalism—I’ve just never had an interest in reporting. So, like many, I chose something more “sensible.” Fast forward to 2003 when the company I worked for went out of business. My husband, who well knew my dreams, said, “Why don’t you give the writing thing a try?” I pulled the beginnings of a novel out of a drawer and never looked back.

Reviewers have called your books “Authentically Southern.” What do you think they mean by that?

I have never lived anywhere other than the Carolinas. Of course I’ve visited many other wonderful places. But I’m a product of my environment. I speak with the cadence and common turns of phrase used in the South, so I guess it’s natural that I write that way as well.

And what was the inspiration for LOWCOUNTRY BOOK CLUB?

Shortly after the release of Lowcountry Boneyard, I was invited to visit a book club quite unlike any I’d ever been to before. Some aspects of the book club I use in LOWCOUNTRY BOOK CLUB were inspired by this very unique organization. Other aspects are complete figments of my imagination, of course.

How did your protagonist, Liz Talbot, come to be? What makes her the perfect southern sleuth?

Liz sprang from my love of female sleuths which began with Nancy Drew and Trixie Beldon, and continues to this day with Kinsey Millhone and countless others. I wanted Liz to be a professional detective, but not a law enforcement agent. She needed more flexibility. I wanted her to be tech savvy and use cool gadgets I’ve run across in research. And unlike Kinsey, I wanted her to have an extended, quirky, Southern family like I do.

Liz’s world is populated with plenty of engaging and eccentric characters. The scene with Liz’s father and the didgeridoo made me laugh out loud. With such an intriguing cast of characters, do you have a favorite?

Honestly, I love them all. I have so much fun with these folks. They’re like old friends. My favorites are the ones in the scene I’m writing on any given day.

That definitely comes across in the book. I thought I noticed a particular affection for Colleen, a ghost who mostly helps and sometimes hinders Liz’s endeavors. What purpose does Colleen’s other-worldly nature serve in your series?

It’s interesting because Colleen wasn’t in the first few drafts of Lowcountry Boil, the first book in the series. One day I was daydreaming about Liz and her over-developed sense of responsibility. She has a drive to make everything all right for everybody. I wondered what had made her that way. It occurred to me that a close friend had died young and Liz felt in some way responsible. As I warmed to the idea, I thought, “Liz is haunted by this.” And the word “haunted” stated flashing on and off in red neon in my brain. Colleen exists to help define Liz. And she’s often handy for comic relief.

You have some extremely vivid scenes and descriptions. Here’s one of my favorites: “His brown hair, combed back on the sides, sported sufficient gel that every strand on top stood straight up on end, giving him the look of someone who’d suffered a recent electrical shock.” Do they pop into your head full blown, or do you tinker until you get them right? Seriously, how do you come up with them?

Thank you so much! Honestly, I have no idea. That’s just the way the words come to me.

What’s next? Will we see more of Liz and Nate?

Absolutely—there will be more Liz and Nate. I’m currently under contract for five more books in the series. The next installment, title undecided as yet, will release in summer of 2017. 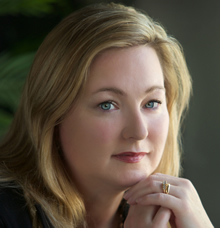 Susan M. Boyer is the author of the USA TODAY bestselling Liz Talbot mystery series. Her debut novel, Lowcountry Boil, won the 2012 Agatha Award for Best First Novel, the Daphne du Maurier Award for Excellence in Mystery/Suspense, and garnered several other award nominations, including the Macavity. The third book in the series, Lowcountry Boneyard, was a Spring 2015 Southern Independent Booksellers Alliance Okra Pick, and has been short-listed for the 2016 Pat Conroy Beach Music Mystery Prize. Lowcountry Bordello, the fourth Liz Talbot mystery, was released November 3, 2015. LOWCOUNTRY BOOK CLUB is due out July 5, 2016.

Susan loves beaches, Southern food, and small towns where everyone knows everyone, and everyone has crazy relatives. You’ll find all of the above in her novels. She lives in Greenville, SC, with her husband and an inordinate number of houseplants.