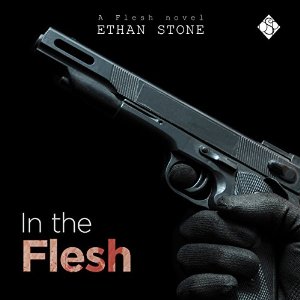 Leave it to handsome lawyer Colby Maddox to save Cristian’s life. He takes the case and the attraction between them is quick and undeniable. After several passion-filled encounters with Colby, Cristian unexpectedly wants to break all his rules. However, before they can contemplate a future together, they’ll have to clear Cristian’s name and find the real murderer.

IN THE FLESH is available from Amazon, Audible and DSP Publications.

Ethan Stone lives in the soggy state of Oregon, and, yes, he does have webbed feet. He used to have a day job where he wore a sexy uniform, now he can wear whatever he wants to work as he attempts to see if this writing thing can support his Mt. Dew addiction.