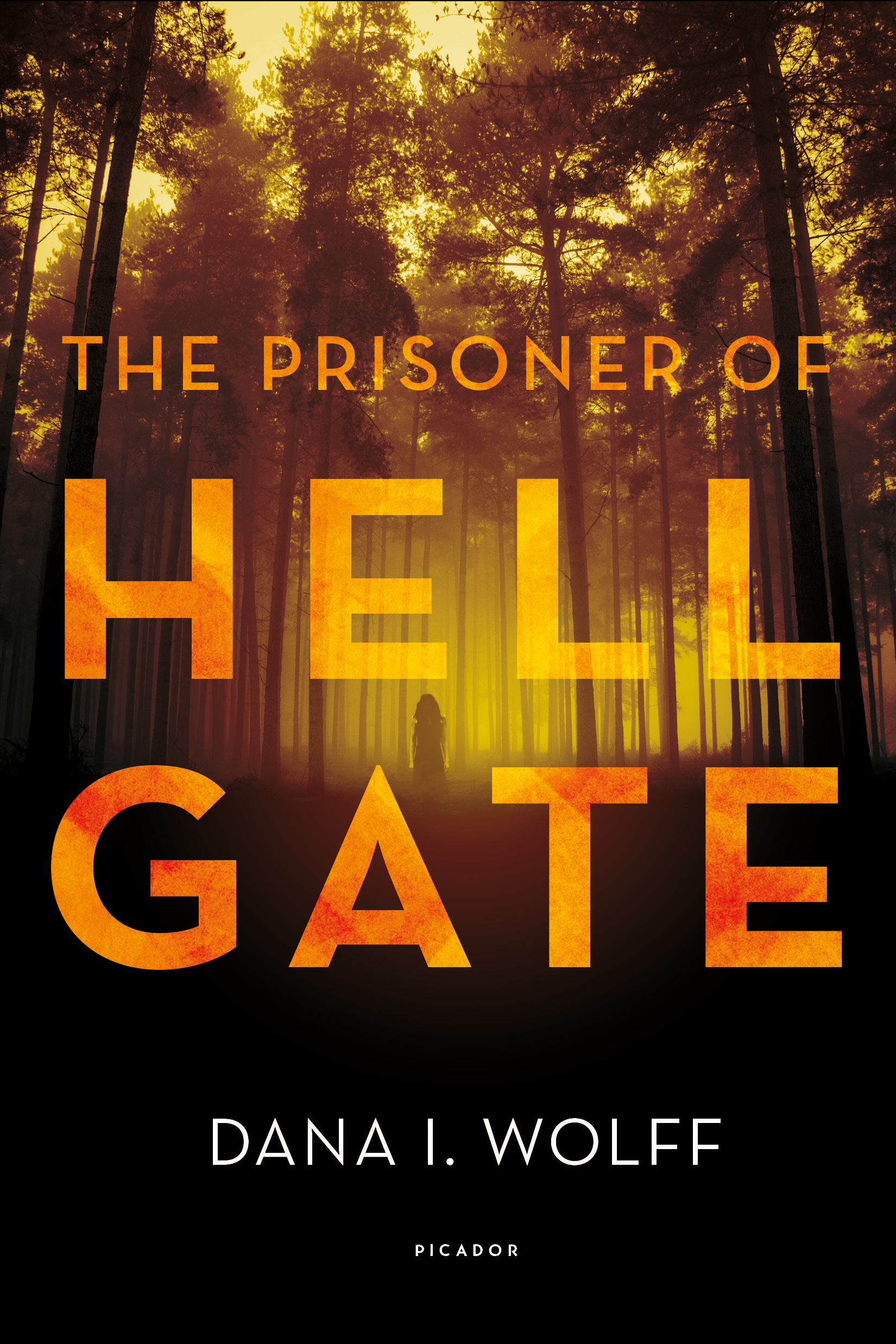 I’ve always believed that the best place to enjoy a horror movie is in a theater. You can have all the technical gizmos in the world, but your living room will never provide that added layer of uncertainty that only comes in a large, dark room surrounded by strangers. Of course books are different. Reading a novel outside on the porch will not be as eerie as reading a horror story by nothing but a night lamp.  Especially if it’s a book such as THE PRISONER OF HELL GATE.

In the Hell Gate—a narrow strait in New York City’s East River—lie the sad islands where, for centuries, people locked away what they most feared: the contagious, the disfigured, the addicted, the criminally insane. Here infection slowly consumed the stricken. Here a desperate ship captain ran his doomed steamship aground and watched flames devour 1,500 souls. Here George A. Soper imprisoned the infamous Typhoid Mary after she spread sickness and death among the privileged.

George’s great-granddaughter, Karalee, and her fellow graduate students in public health know that story. But as they poke in and out of the macabre hospital rooms of abandoned North Brother Island—bantering, taking pictures, recalling history—they are missing something: An evil presence watches over them, and plots against them.

Dana I. Wolf is a pseudonym created by J. E. Fishman. We caught up with the author, and of course the inevitable first question was: Why a pen name?

Author names are a kind of branding. To tell you the truth, I’ve never been too fond of my actual last name, under which I wrote a bunch of thrillers. It’s evocative of, well, fish.

Since this new book was a supernatural thriller, a new genre for me and one I hope to pursue with other books, I thought it would be better—and the publisher agreed—to brand it with a different name. Even so, I’m not hiding. It’s an open secret.

How did the idea for PRISONER OF HELL GATE come about?

If you can believe it, it came from a listical! I saw a piece on the Internet—complete with pictures—about abandoned islands, and the piece mentioned that North Brother Island once housed the notorious prisoner Mary Mallon, better known as Typhoid Mary.

I thought all those hospital buildings—vine-encrusted, falling to dust—would make a great setting for a horror story. I immediately pictured a small boat full of twenty-somethings who land on the shore and naively set out to explore the ruins. Unbeknownst to them, Typhoid Mary lives. And she’s holding a grudge.

Tell us about Karalee Soper and her connection to George A. Soper.

Karalee Soper is a completely fictional character, the protagonist of the novel and great-granddaughter of a real historical character named George A.Soper. The real-life Soper tracked Mary down and sealed her fate, and in real life she never forgave him.

I’ve never found a reference to Soper having children, let alone other descendants, but it’s possible, of course. I imagined Karalee’s father as something of a mercenary entrepreneur who attempts to exploit the family name by going into the soap business. When that fails, he bullies his only daughter into doubling down on the family history by attending graduate school for public health.

What was the most interesting thing you discovered while researching about Typhoid Mary?

I discovered that some people consider her as much a victim as she was a perpetrator. That there were others in her position who weren’t treated nearly as harshly. So I created a sympathetic monster.

I also learned that the first time Soper tracked her down she fended him off with a carving fork. So I turned the fork into her iconic weapon.

Did you know there is a character in the Marvel Comics universe? She’s an enemy of Deadpool and Daredevil.

Alas, I’m not a big comic book fan, but I’m vaguely aware of it. I take it the Typhoid name is used there as a thin metaphor for evil, as I don’t believe the Marvel character’s thing is to spread disease. Instead, she sets people afire with her gaze.

By the way, setting people on fire with your gaze strikes me as less realistic than my idea that the characteristics that made Mary Mallon resistant to typhoid have also imparted resistance to aging, allowing her to be 113 years old in my novel—while still in excellent health. I guess that’s why I write novels and not comic books!

The setting of North Island seems to get a life of its own, almost becoming a character in the story. Was this intentional?

The short answer is: Yes!

The expanded answer is that all novels are dependent upon setting, but perhaps none more so than horror novels, where the supernatural element invades every potential refuge for the tormented characters.

In this case, I had great real-life material to work with. North Brother lies near the wickedest currents in the East River. It really is an abandoned island with creepy buildings. It witnessed one of the worst maritime disasters in American history when the General Slocum caught fire and ran aground on the island, killing more than a thousand women and children. And, most important, it once housed—and perhaps continues to house—the notorious prisoner Typhoid Mary.

By the absence of cellular phones and digital cameras, one would think the story’s set somewhere in the 80’s. Why did you choose that time period?

The story is set in 1982. At that time—because of the lack of cell phones—it was easy to become isolated not far from Manhattan. So there’s that. But it was also a time when it might be plausible for Typhoid Mary, though very old, to still be alive—even though she’s said to have died in 1938.

The novel is populated with gems of higher writing like “The cooler lid, made slick from a coating of condensation, offers little purchase, and when she compensates for the inertia that throws everyone forward, she ends up pitching over backwards, clocking herself in the head.” This is not your typical garden-variety sentence found in a thriller or horror. Will this be a staple of Dana I. Wolf?

Good question that I’m not sure I can answer satisfactorily. The novel has something of a Gothic atmosphere, and add to that the vaguely brogueish intonations of Mary…and the slightly old-timey voices of the General Slocum ghosts who, after all, do come from another era… The characters’ voices, to some extent, bleed over into the narrator’s, and I think that’s quite natural in storytelling.

As for the future, I can say that any sequels to this novel will probably have a similar voice. And all the Dana I. Wolff novels will likely be written as “intelligent” supernatural thrillers. Four-word sentences have their place, but I hope they don’t have to hold up every thriller!

What happened when you wrote this book?

So it might be interesting for readers to ask themselves, at the end, the following question: Who is the prisoner of Hell Gate? It might not be who you think it is.

When the summer weather beckons, what strategies do you use to keep your “butt glued to the chair”?

I go on a big adventure to satisfy my wanderlust. This year it’s Machu Picchu and the Galapagos. Having satisfied that jones, I hope to return with renewed focus. But it’s also important to remember that creativity doesn’t all happen in the chair!

Dana I. Wolff is the pen name of a former publishing executive and bestselling thriller writer. This is the first Wolff novel.

To learn more about Dana I. Wolff, please visit her website.