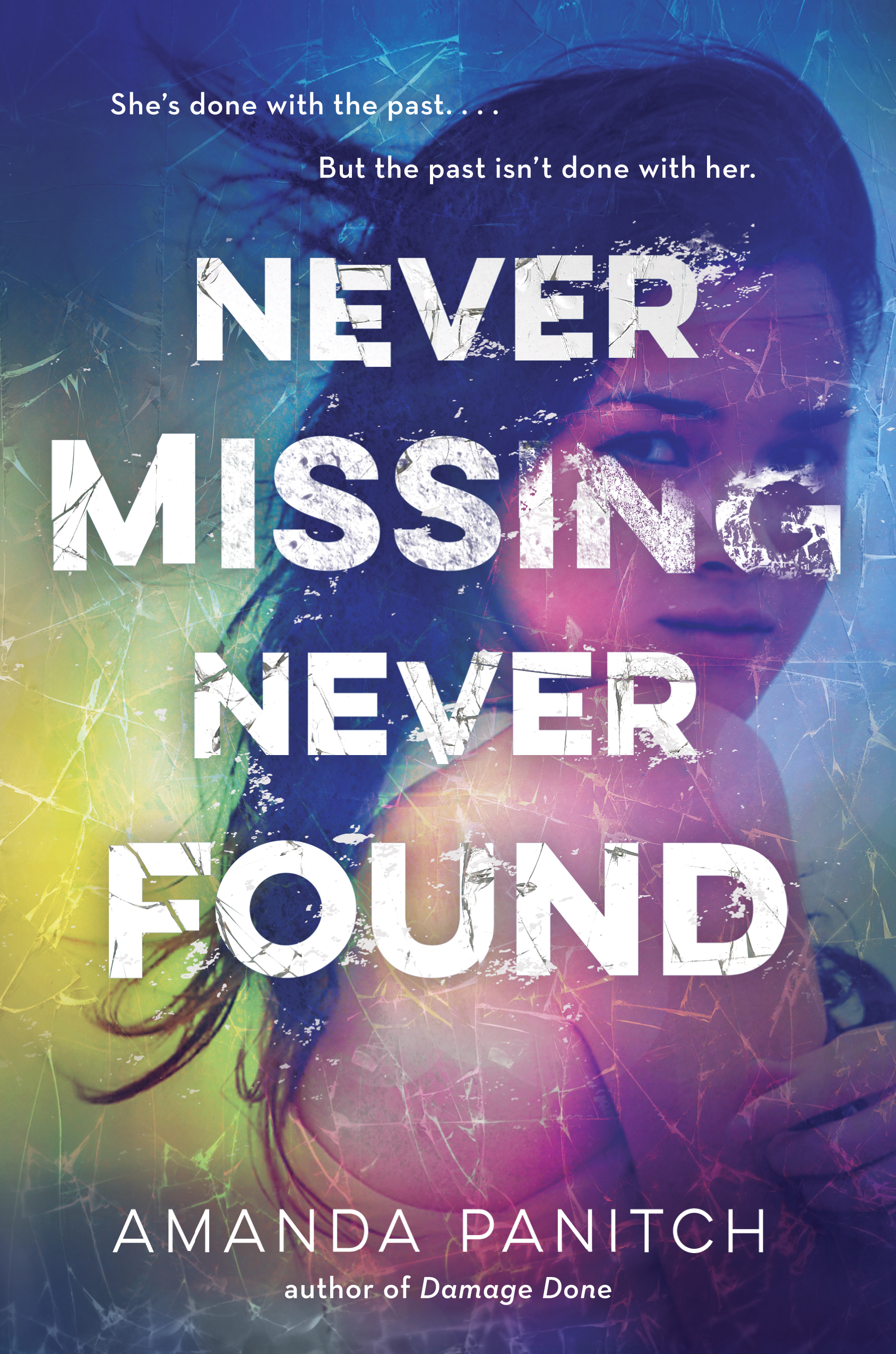 Nightmares don’t always hide in shadows; sometimes they come for us on a sunlit suburban sidewalk, or lie in wait in the brightest stretch of a cotton-candy summer.

Seventeen-year-old Scarlett Contreras learns this firsthand in Amanda Panitch’s NEVER MISSING, NEVER FOUND. Panitch’s second novel—coming on the heels of her harrowing 2015 debut Damage Done—picks up several years after Scarlett was abducted from her suburban neighborhood on a bright winter afternoon and subjected to years of physical, emotional, and psychological abuse at the hands of her captor (easily one of the most chilling villains to stalk YA fiction in recent years) before finally managing to escape.

Four years later, Scarlett has nearly rebuilt her life, or at least some semblance of it. Her family still reels from the fallout of her abduction, but Scarlett is enjoying a new job at a superhero-themed amusement park, where she’s smitten with one of her young coworkers. Her hard-won stability begins to crumble, though, when a young woman goes missing from the park, and another coworker seems to know things about Scarlett’s past that Scarlett has never shared with anyone. Equal parts wistful coming-of-age story and grueling psychological suspense, Panitch’s sophomore effort juggles dual timelines that alternate between Scarlett’s unsettling present and her torturous past, all leading up to an atomic bomb of a plot twist and a masterful resolution.

With only two novels under her belt, Panitch has already announced herself as a formidable new voice in the world of suspense fiction. Here, The Big Thrill picks her brain about managing dual timelines, crafting killer twists, and writing delightfully dangerous girls.

Your first novel, Damage Done, was inspired by an article you read about a suicide bomber. Can you trace NEVER MISSING, NEVER FOUND to a single catalyst?

NEVER MISSING, NEVER FOUND wasn’t inspired by one thing in the same way Damage Done was, but I knew right away that I wanted to write a YA psychological thriller set in an amusement park. Otherwise, the relationship between the two sisters—the protagonist, Scarlett, and her younger sister, Melody—has roots in the relationship my sister and I had as teenagers.

Besides being a cracking good thriller, NEVER MISSING, NEVER FOUND is a keenly observed story about the psychological aftershocks of captivity. What kind of research did you do to help you understand what Scarlett was facing?

I read a lot of fiction and nonfiction about kidnapping victims who eventually escaped their captors. I wish I’d kept better track of the specific titles I read and cases I researched, but I remember reading a lot about Elizabeth Smart, Jaycee Dugard, and Natascha Kampusch.

The book alternates between two timelines: Scarlett’s contemporary struggles, and flashbacks to the years she spent in captivity. What’s the key to nailing dual timelines in a suspense novel?

Keep track of what you’re doing, and when! I’m not naturally much of an outliner, but I had to keep careful notes on the dual timelines, because I wanted to make sure each plotline was ramping up tension while not revealing crucial information before the appropriate point in the other timeline. I had to do a fair amount of rewriting, but it probably would’ve been a lot more if I hadn’t sketched it all out first.

Do you think writing psychological suspense for a YA audience requires a different toolbox than writing the genre for an adult readership?

I haven’t written an adult book yet, but I don’t think they’re all that different. I’ve been able to approach very mature topics in my books.

You’ve said that you love writing dangerous girls. Can you elaborate on that a bit?

In our society, girls aren’t allowed to be dangerous the way boys are—girl protagonists in TV shows and books are generally expected to be relatable and kind, and receive pushback if they’re not. I like writing about the dark side of girls because I have a hard time relating to characters who always do and think the right thing right away—as a teenager, I made plenty of rash decisions and said cruel things. I want a female Dr. House, or a girl version of Dexter.

With both of your novels to date, you’ve shown a deft touch when it comes to the art of the plot twist. What advice can you offer on crafting those hard left turns?

Don’t force a twist. The twist in Damage Done was planned from the start, but the twist at the end of NEVER MISSING, NEVER FOUND was originally intended to be something completely different—I got to the end of the first draft, realized I had gone in the wrong direction, and went back and rewrote it to what it currently it is. The twist should feel natural with your plot and your characters—if it feels shoehorned in to you, it will for your readers too.

NEVER MISSING, NEVER FOUND includes references to comic books and superheroes. What pulled you in that direction?

Two reasons. One: the amusement park where I worked had an area themed toward the Justice League, and I took inspiration from that. Two: NEVER MISSING, NEVER FOUND explores the concept of heroism and villainy, and what exactly makes somebody a good or bad person. I thought it would be really interesting to parallel the characters’ stories with stories of superheroes, the ultimate heroic archetypes.

You grew up next to an amusement park. How heavily did you borrow from your own experiences?

Very heavily! I worked there for two summers and thought it would make a perfect setting for a thriller, because there’s so much that happens behind the shine and the glamor: there were secret pathways; dusty, creepy warehouses and storage rooms; tons of personal drama. The personalities that collided at the park would make for a story in itself: there were lots of teenagers working their first summer jobs; retired senior citizens looking to make some extra money; foreign workers brought over from Thailand or the Caribbean; and the occasional adult.

Can you give us any details about your next project?

I can’t say too much, but I’m working on a few projects and hope to have something more to say soon! 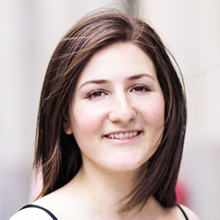 Amanda Panitch grew up next to an amusement park in New Jersey and went to college next to the White House in Washington, D.C. She now resides in New York City, where she works in book publishing by day, writes by night, and lives under constant threat of being crushed beneath giant stacks of books.