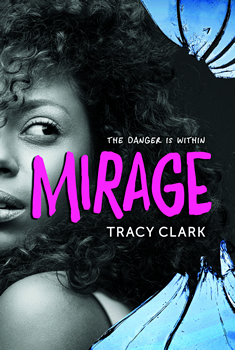 By Brian Knight and Ellie Knight

Seventeen-year-old Ryan Poitier Sharpe is a gutsy, outgoing girl who spends her summers hurling herself out of planes at her parents’ skydiving center in the Mojave Desert. Fiercely independent and willing to take risks, she challenges those around her to live life fully. But after a brush with death, Ryan is not the thrill-seeking girl she once was and seems to be teetering on the edge of psychosis. As her life unravels, Ryan must fight the girl she’s become—or lose herself forever—in Tracy Clark’s eerie and atmospheric thriller, MIRAGE.

We spoke with Ms Clark about her latest novel and her writing career.

Brian: Prolific writers tend to have a surplus of story ideas.  What about MIRAGE appealed so strongly to you that you picked it over all your other ideas?

Without giving too much away, I’ll say that MIRAGE has a tricky element that I wasn’t sure I had the writing chops to pull off. Since I find it nearly impossible to back off from a challenge, I knew I had to try. I also couldn’t let go of the image of a character thinking she sees someone else in her reflections.

As for choosing which idea to commit to; I have to write what elicits the most “spark” in me. I have to be truly excited by it to sustain my enthusiasm for the long haul.

Ellie: What inspired you to write about this individual?

Ryan is one of those characters who arrived fully-formed. She “landed” in my life as the complicated, badass, rebel skydiver that you see in the book. There are elements to Ryan that come from within and some that come from people I know. But one thing is certain—as with all of us, she’s a true individual and her life and her story are unique to her.

Ellie: Do you ever incorporate your adventures into your stories?

Oh, yes! I was a skydiver in my early twenties and I jumped at a drop zone in the Mojave Desert. The harsh, unforgiving desert setting lent itself well to the book. I’m also a private pilot, and that helped as well. I’ll tell you one tidbit: there’s a scene in which Ryan is on a demo-jump and it’s raining. The plane’s stall warning indicator went off and she was pushed out of the airplane by her boyfriend. That happened to me!

Brian: With your fourth book, MIRAGE, coming out soon, I assume you’ve experienced one of the greater joys of the writer’s life, the book signing.  What is the strangest experience you’ve had during a signing?

Doing book signings is one of my favorite jobs as an author! The strangest encounter I’ve had was a man who insisted that the cover art on Illuminate (the final book in the Light Key Trilogy) was a symbol for the Illuminati. I tried to tell him about the triple spiral, which is from a neolithic tomb in Ireland. The triple spiral had nothing to do with the Illuminati because the tombs were built three thousand years before the birth of Jesus. At some point, I realized that there are just certain people who don’t want to know what they don’t know.

Ellie: Why did you choose to write for a younger audience?

When I started writing I didn’t set out to become a YA author, but every time wrote, it was always a young-adult story or character that emerged. I felt very alone and often misunderstood as a teenager. I suppose it’s my hope to write stories that will make someone feel understood and less alone.

Ellie: Growing up, what did you enjoy reading the most?

I didn’t fall in love with reading until I was fifteen or so. When I did get sucked in, it was metaphysical books by people like Shirley MacLaine and Paulo Coelho. I’ll admit to devouring the Flowers in the Attic series, too. But the book that touched me deeply and made me want to be a writer was I Know Why the Caged Bird Sings by Maya Angelou.

Brian:  Now that summer is here how do you plan to keep your butt in the chair and maintain your prolific output?

I’m a mom of two teenagers and the summers are definitely my least productive writing time. To keep on track, I have weekly word count goals and I do very well with a deadline, even a self-imposed one.

Ellie: What authors inspire you?

For MIRAGE, I drew inspiration from Fight Club by Chuck Palahniuk and the screenplay for The Sixth Sense by M. Knight Shyamalan. I’m drawn to writers who find inventive ways to use words and to tell stories. Some of my favorites are Nova Ren Suma, Laini Taylor, and Leigh Bardugo. I’m also inspired by my writer friends, critique partners, and beta readers who push me to work harder.

Brian:  Anything new and exciting on the horizon?

I just finished a historical YA thriller set in 1889 Paris. It centers on a real-life mysterious death and is my fictional account of what really happened to this teen girl whose death mask has since become famous around the world. I’m also in the planning/plotting/angsty stages of a new project and I think I have no choice but to write it because I’m scared it’s too “big” for me. It’s sci-fi and that’s not a genre I’ve written before.

Ellie: What are your ambitions for your writing career?

The ladder of my ambitions goes from “sell the next book” to “make enough from writing to be able to solely do what I love” to the biggies like “hit a bestsellers list” and “give fabulous speeches for the awards I win.” Don’t think I haven’t fantasized! Ultimately, my ambition is to keep writing in the hopes that every project will be better than the last and that my books will engage readers, make them think, and entertain. 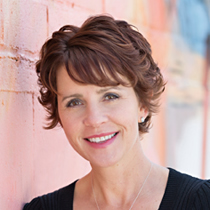 Tracy Clark is the award-winning author of novels for young-adults. Her books include The Light Key Trilogy (SCINTILLATE, DEVIATE, ILLUMINATE) and MIRAGE. She’s a member of the SCBWI and ITW and has been on faculty and panels at conferences around the country. Tracy continues to write for teens while raising two of them in her home state of Nevada. A private pilot, lover of words, and irredeemable dreamer.

Brian and Ellie
Brian Knight lives in Washington State with his family and the voices in his head.He is the author of SEX, DEATH AND HONEY (From The Misadventures of Butch Quick), BROKEN ANGEL, THE PHOENIX GIRLS series, and many others.

Latest posts by Brian and Ellie (see all)