Conspiracy Thrillers and THE END GAME 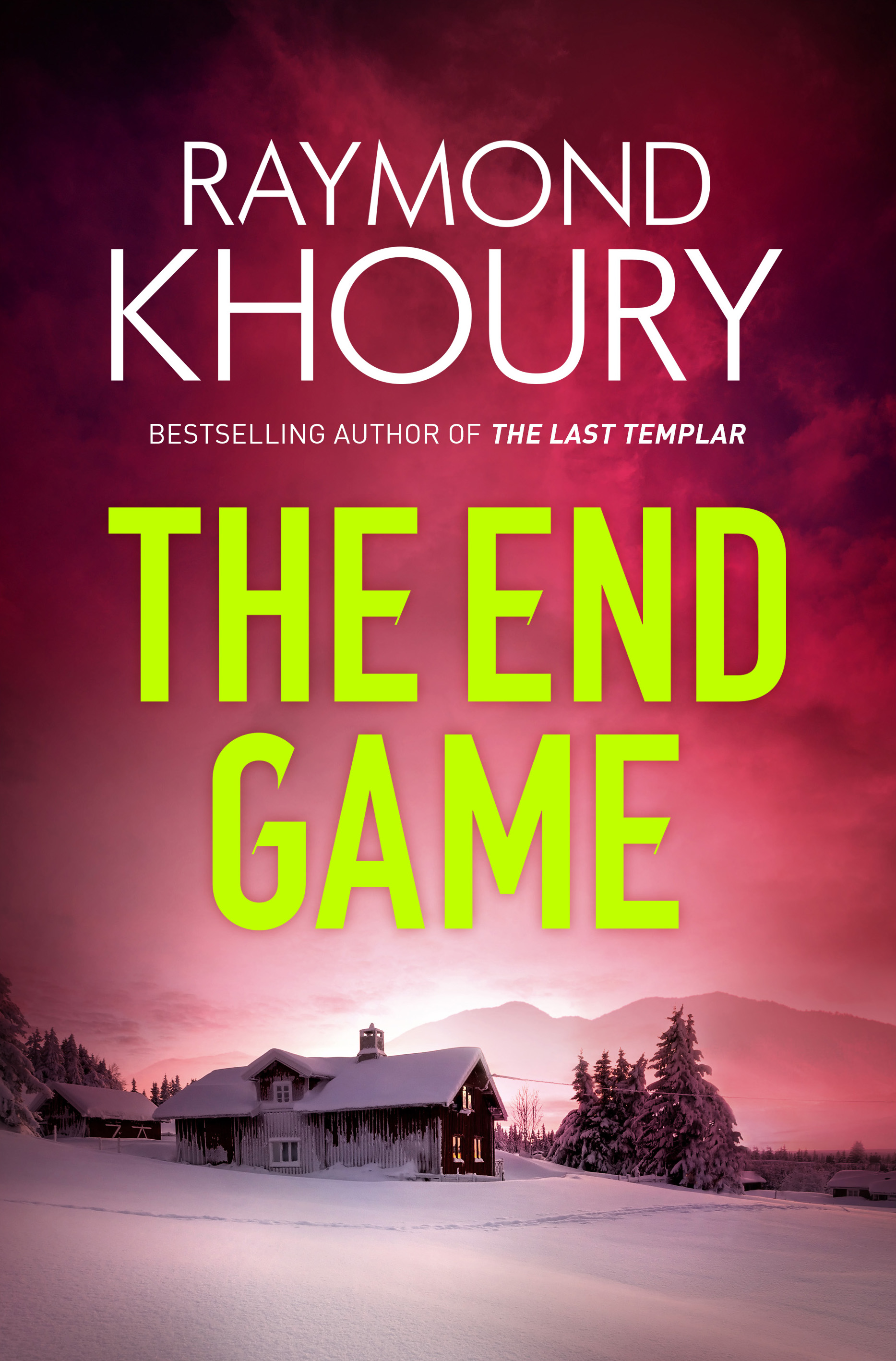 Raymond Khoury is a New York Times bestselling novelist and award-winning screenwriter. Raymond’s latest book is THE END GAME and you can find him on his website.

Although you grew up in the U.S., you’re originally from Lebanon, which was once described as the Paris of the East, and now is more known for civil war. How does the Middle East and your experiences flow into your writing?

Growing up there and going to architecture school during the civil war years has had a huge influence on my view of life, and by extension, on my writing. The urgency, the pacing, it all comes out of living under such conditions. The cynical worldview too, I suppose, though that’s countered by an immense appetite for life that arises when you see firsthand how fragile everything can be. It also gave me a pretty thorough understanding of how international conflicts play out, how politics affect the situation on the ground, of dirty tricks and terror tactics and all kinds of manipulations. More directly, it certainly was a driving factor in my first book, The Last Templar, where I was curious about the historical basis of our major religions–in the Middle East, millions of people are manipulated into wars and generational hatred by politicians who use religion as a driver, but these people generally know very little about the historical basis of the religion in whose name they’re willing to kill (or die). My second novel, The Sanctuary, deals with longevity medicine and the desire to live longer, but it’s set in Beirut, Iraq, Turkey, during the war of 2006.

Your books could be described as conspiracy thrillers, with Templar Knights, secret agencies and religious orders. What fascinates you about these topics and how do you manage the line between people’s faith and possible conspiracy?

I only explored religion and the discrepancies between history and faith in the two Templar novels. In a completely different way, I explored the link between organized religion and politics in the U.S. in The Sign. I think the Templar novels were mostly well received and appreciated, even by readers who would describe themselves as very religious. I think they were novels that promoted a message that was essentially a positive one, that said what a religion is based on and stands for, and the acts of those who are actually running the show nowadays (or in the past–as in, say, the Borgias), are two separate things. One’s about a message, a moral code, a way of approaching life’s big issues. The other is human nature, and it can be anywhere from its best to its worst. The same goes for The Sign, but I think I made the mistake of perhaps too-bluntly stating my political opinion in that novel, which I felt very strongly about, and that didn’t sit well with many readers who didn’t share my partisan preference. I don’t regret what I wrote at all, I’m very proud of the book and it’s many readers’ favorite (we’re even discussing a possible movie adaptation at the moment), but with hindsight, it may not have been a great move from a commercial point of view.

What are your obsessions and the themes that keep coming up in your writing?

Betrayals by governing forces. Ageing and death. Making the planet a safer, better place to live for our kids. French toast.

As a screenwriter, you wrote The Last Templar and also worked on other TV shows like Spooks (which I love.) How do novel writing and screenwriting compare and which do you enjoy the most? How do they both fit into your creative life?

Thanks (re Spooks)! I’m very proud of the show, and the experience was a pleasure because the production team (Kudos) were just great to work with on a human level. Novels and screenwriting are very, very different. I enjoy both, although if I had to choose one discipline, it would be writing novels. They’re so much more involved, bigger, richer, meatier. Every character needs to be imagined in full spectrum, every little detail around them needs to be thought out, researched. In a screenplay, I can write “Ext.- Paris street, 17th century, Day”, describe a character walking down a street in one line, and that’s enough. We don’t know what’s going through his mind and I don’t need to describe what the city and the street life looks like. In a novel, that line of description, even if it becomes just one paragraph, is a ton of research. So it’s a lot of work, but it’s so engrossing. The characters become your best friends, your constant companions, you’re living every moment with them throughout the long writing process. Screenplays are much more bare-boned. Of course, the story is paramount in both, you need to concoct and tell a great story in both. But the scale is massively different. You’d lose a lot of what’s in my books if they were adapted into a 90-to-120-minute movie. I imagine them more as 4-to-6-hour miniseries (my novels tend to run 125-150,000 words, a film script typically has around 15,000 words in it).

Furthermore, what I type is what my readers read. Every word. It’s a selfish process with as little interaction as I like. Screenplays, on the other hand, are just the blueprint of the final show (or movie). Directors, producers, network execs, actors, editors, cinematographers… everyone has an impact on the final show. It’s storytelling by committee and the final show rarely, if ever, looks like what I imagined in my head when I wrote it. Which is why I tend to stay away from the set and never watch anything I’ve written after it’s filmed.

Tell us a bit about your latest book, THE END GAME, and how it fits into your other books. 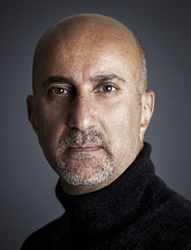 THE END GAME is my fifth novel about FBI agent Sean Reilly, who we first met in The Last Templar. I didn’t set out to write a series and my second and third novels were standalones. I had begun writing book four (The Devil’s Elixir), also a standalone, when I had the idea for a Templar sequel. I put Elixir aside and brought back Reilly (and his paramour, the archaeologist Tess Chaykin) for The Templar Salvation, and when I went back to Elixir, I realized it was a perfect Reilly story, only when I got back into it, I felt something was missing. Then it hit me: it should be in first person. Up until then, I had always written in the third person. So I reworked what I’d written of it, and it just flowed from there.

While writing the ending, I came across a question Reilly had to ask, and it would remain an open issue for him: he was given the name of someone he’d want to track down, but that would be for another book. So the next book, which became Rasputin’s Shadow, was seeded. And the same thing happened again: while writing the last chapter, I thought of something that would seed the next story: a question about Reilly’s father, who we know (well, those of us with elephantine memories who had read The Last Templar) had killed himself when Reilly was ten. This is THE END GAME: a standalone story about a past conspiracy that Reilly gets sucked into while investigating his dad’s death.

So, as a very long-winded answer to your question (are you regretting asking it yet?): THE END GAME gives Reilly closure on two issues that were seeded in previous books; it’s his end game. Where he goes from here is a whole new ballgame…

How much of you is in your characters?

My friends tell me they can hear my voice when they read Reilly’s dialogue as well as his internal ramblings now that I write him in first person. I doubt they feel the same way when they read what he actually does–I can’t imagine that I’d be the most valiant or heroic FBI special agent. That said, I do think there’s a lot of me in my writing in general–the asides, the points of view concerning all kinds of things, the humour when it has a natural place to slot in. Even when the focus is to make sure every character has their own “voice”, their defined persona, I guess some of me always manages to seep in.

Do you travel for research? What are some of the settings that bring your books alive?

I’ve been an avid traveler all my life and I’ve been lucky enough to have experienced a lot of the places I’ve written about, particularly in Europe and in the Middle East, although not necessarily on actual research trips. But I do rely a lot on what I’d call second-hand research–basically reading about whatever setting I’m using. The resources available to a writer nowadays are such an amazing tool, I can’t imagine how much harder it must have been before the internet and mail-order books arriving within a day.

What are your favorite thriller novels and what are you reading right now?

Marathon Man by William Goldman is definitely in my top 10 of all time, even if my one meeting with him was rather unpleasant and I can’t say I’m fond of him as a person, but his writing is outstanding. What else? I remember fondly discovering several authors who remain huge bestsellers, in the earlier days of their careers, when it all felt very fresh and original to me: John Grisham’s The Firm remains exceptional; James Patterson’s Along Came a Spider, Lee Child’s Killing Floor, Harlan Coben’s Tell No One (although I think I liked No Second Chance even more), Nelson DeMille’s Plum Island, Michael Connelly’s The Poet; But maybe I read too many and I now find it hard to motivate myself to read (or finish) such books. It takes something different, like Don Winslow’s excellent Savages, or Stephen King’s outstanding 11.22.63 (which I would call a thriller), or Gone Girl, to hook me.

Reading now? Not too exciting, sadly, as it’s mostly research about the Ottoman Empire, for my next book…

You can find THE END GAME in print, ebook and audiobook editions at all stores and at Raymond’s website.